Hickory – Nunsense, opening July 12th in the Firemen’s Kitchen at the Hickory Community Theatre, is a musical comedy with a book, music, and lyrics by Dan Goggin. Originating as a line of greeting cards, Goggin expanded the concept into a cabaret that ran for 38 weeks, and eventually into a full-length musical. The original Off-Broadway production opened December 12, 1985, running for 3,672 performances and becoming the second-longest-running Off-Broadway show in history. The show has since been adapted for television, starring Rue McClanahan, and has spawned six sequels and three spin-offs.

The Nunsense concept originated as a line of greeting cards featuring a nun offering tart quips with a clerical slant. The cards caught on so quickly that Goggin decided to expand the concept into a cabaret show called The Nunsense Story, which opened for a four-day run at Manhattan’s Duplex and remained for 38 weeks, encouraging its creator to expand it into a full-length theater production.

The musical features five of the 19 surviving Little Sisters of Hoboken, a one-time missionary order that ran a leper colony on an island south of France, who discover that their cook, Sister Julia, Child of God, accidentally killed the other fifty-two residents of the convent with her tainted vichyssoise while they were off playing bingo. With the deceased nuns on ice in the deep freeze, and no money for burials, they decide to stage a variety show in the Mount Saint Helen’s School auditorium, to raise the money.

Evening performances of Nunsense are Thursdays, Fridays and Saturdays, July 12 through the 21 at 7:30pm.

There are also two Sunday matinee performances on July 15 and 22 at 2:30pm.

Tickets for Fridays, Saturdays and Sundays are $20 for adults, $18 for seniors and $10 for students and youth 18 & under. Thursday night tickets for adults and seniors are $16, students and children are $10. Tickets are on sale online at www.hickorytheatre.org or through the Theatre box office, 30 3rd St NW, Hickory, NC 28601, in person or by phone at 828-328-2283. Box office hours are 12-5 Wednesday through Friday.

PHOTO: Dan Goggin is the author and composer of Nunsense. The heavenly musical comedy plays in the Firemen’s Kitchen July 12-22 at the Hickory Community Theatre. Visit www.hickorytheatre.org or call (828) 328-2283 for tickets and information. 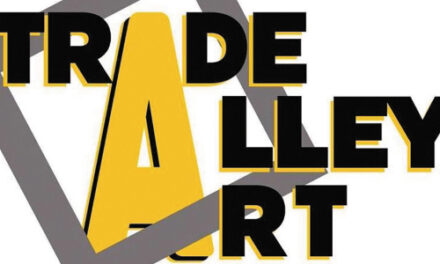 Get Help With Basic Computer File Management On March 8