The purple unicorn night light illuminated the smiling mermaid poster that hung above. Across the room the matching bedside clock read 10:16. It was late for a little girl but never-the-less 8 year old Emily peered hopefully into the semi-darkness.

It had been a long week for Emily. At school she refused to do her assignments. Talking back to her teacher and disrupting the class numerous times. She’d even gone as far as starting fights on the playground. This was very out of character for the normally sweet and well-mannered girl and her teacher was sincerely concerned. So much so he’d sent a note home with Emily, requesting a parent/teacher conference A.S.A.P. Emily had reluctantly shredded this and tossed it out the school bus window on the ride home.

Her behavior hadn’t been much better at home. Yelling at her mother, she’d refused to do her chores and made a complete mess of her room. At dinner she threw a plate of spaghetti (her favorite) onto the floor and then fought like the devil against taking a bath. This was not like her at all. Her worried mother, uncertain of what to do with this suddenly belligerent child, guiltily sent her hungry and dirty daughter to bed.

Emily clutched the 20 dollar bill she’d stolen from her mother’s purse. Stealing was wrong, especially from her mommy. It was the worst wrong she could think of to do. Hopefully it would be enough; a tear of regret streaked her cheek, Emily had had her fill of being bad. But her efforts had obviously paid off, as her closet door slowly creaked open.

The unicorn went out and a shadowy darkness swirled into the room. Taking shape it was that of an impossibly tall man with a broad brimmed hat. Beneath the brim two bright eyes and a sinister grin glowed, as though lit from a fire inside. Long spindly arms with jagged fingers reached for Emily.

In a raspy voice the figure announced itself as the Bogey. He came from the bowels of darkness, to drag bad children down into the pits of utter despair. But the Bogey stopped short; normally children cowered in terror at the mere mention of his name… but not this one. This one walked calmly over, took his hand and asked if they could go now, please… before the other monster came.

Bogey took pause — what was scarier than he? What would make a child wish for the horror and terrors within his world of darkness? Curiously he inquired about this “other monster.” Emily told him that every Friday night a monster, smelling of sweat and alcohol, came into her room. It would come over to her bed and…touch her. This “monster” said it was her daddy, but she knew that wasn’t true- he would never do bad things…never hurt her…would he? Understanding, the Bogey leaned down and told her that he needed to take someone to the pits but it wasn’t her.

Later a dark figure entered the room. It made its way to the bed, finding it empty and turning when the closet door creaked. The “monster” stepped over and flung open the closet door… to reveal the Bogey waiting inside. Seizing the “monster’s” arms, bones snapped as the Bogey twisted them. The light inside the Bogey burned bright, peeling away the shadows from the monster’s true face, now filled with utter terror. There was a small gasp of surprise from across the room, followed by an unspoken acknowledgment and the Bogey drug the monster into the dark depths as the closet door slammed shut. Slowly Emily emerged from her hiding place in her toy box. She climbed into bed and for the first time in almost a year slept through a Friday night.

Strangers, neighbors, teachers, family, parents and friends — anyone can be a “monster” in a child’s life. Watch for the signs, be aware of uncommon behavior, don’t pass it off as a phase. If a child is acting like something is wrong, there’s a chance it may be and you don’t want to take that chance. Talk to your kids and encourage them to talk to you. We must be the Bogey in our children’s lives and help them to escape the real monsters. 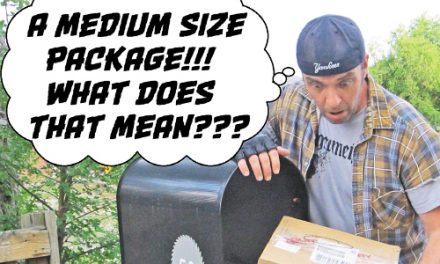 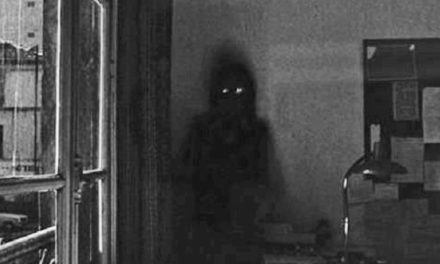