Newcomer Joins The Cast Of Farndale At HCT, Opens July12

Hickory – The Hickory Community Theatre is always welcoming to new actors, and one has joined the company for the upcoming Encore Players presentation of The Farndale Avenue Housing Estate Townswomen’s Guild Dramatic Society Murder Mystery. Performances begin on Friday, July 12 in the Firemen’s Kitchen and continue through Sunday, July 28. Tickets are available by phone at 828-328-2283 or online at hickorytheatre.org.

Darla Dibble, originally from Tampa/St. Petersburg, FL, migrated to Catawba County 11 years ago and now lives in the southeastern part of the county with her husband Joseph. They have five adult children and 10, soon to be 11, grandchildren.

Dibble’s most recent theatre experience was with the Lenoir-Rhyne Playmakers in November 2018, when she played the First Merchant and Officer in The Comedy of Errors. Playing multiple roles in that production was good practice for her since she plays two roles in Farndale. The British comedy is a play about an amateur dramatic group putting on a play, Murder at Checkmate Manor, so she plays an actress named Felicity who plays the character of Pawn the Butler in the play their putting on. “It’s interesting and challenging,” she says.

This production is the first of the Theatre’s 2019-2020 Season. The Hickory Community Theatre is a funded affiliate of the United Arts Council of Catawba County. The 2019-2020 Season is sponsored by A Cleaner World, Paramount Automotive and Sunbelt Xpress. 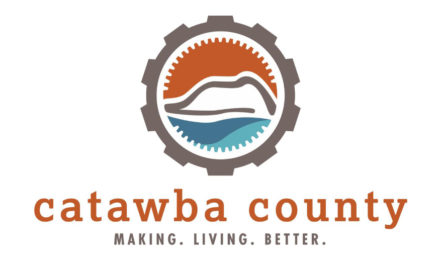