The Whale (***) Brendan Fraser’s moving performance dominates this tale of an emotional overeater coming to terms with the death of his partner and his splintered relationship with his daughter. Darren Aronofsky, a filmmaker whose work I’ve long admired, directs this adaptation of Samuel D. Hunter’s play in a refreshingly non sensational manner, bringing a sense of pathos to the proceedings. The only complaint to be found is that the film is sometimes a little too stagebound for its own good. Otherwise, this one is highly recommended. 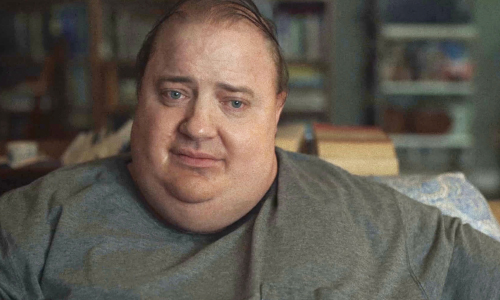 Brendan Fraser in The Whale

The Laws of Gravity (1992) First time director Nick Gomez made a splash with this tale of a group of Brooklyn criminals who live by their own code of ethics, now appearing on Blu-Ray for the first time. Edie Falco appears in an early role. Extras include a new director commentary.

Nobody’s Fool (1994) Robert Benton (Kramer Vs Kramer) wrote and directed this tale of an aging construction worker (Paul Newman) coming to terms with the family he left behind in this winning comedy/drama. Jessica Tandy also turns in a great final role in the film which was released posthumously. Extras include commentary and interviews. 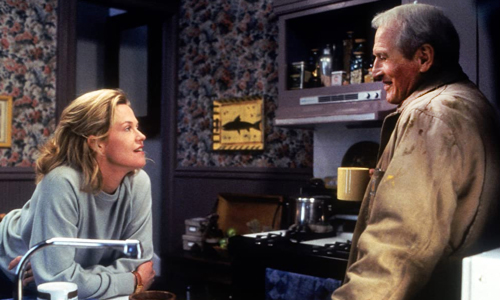 Terrifier 2 (2022) Art the Clown returns for more grisly mayhem in this super financially successful sequel to the 2016 original. The film is being issued on the Blu-Ray format.

Halloween Ends (2022) The final installment in director David Gordon Greene’s recent trilogy of Halloween films starring Jamie Lee Curtis comes to both 4K and Blu-Ray formats in a new edition. There are a few featurettes included on the release.

Halloween Trilogy (2018-2022) All three of the aforementioned films from David Gordon Greene make their way to 4K for the first time in a separate release. Extras include multiple featurettes.