You have likely not heard the name Shohei Ohtani. Until now.

Let me catch you up to speed on the 23 year old Japanese superstar. Ohtani wants to be a pitcher and a hitter on a regular basis and everyone in the know says he has the skills to do so at the major league level. And Ohtani demanded that any team he signed with allow him to do so.

Well, the Los Angeles Angels complied and Ohtani will soon be doing what Babe Ruth once did. Pitch in the major leagues and then stay in the lineup the following day as a hitter. Scouts say his right arm can throw a fast ball at 100 MPH and that he has a virtually perfect left hand swing at the plate.

Watching this play out in 2018 will be interesting. And it will draw a great deal of attention. Ohtani’s schedule and routine will require constant monitoring and from manager Mike Scioscia and the Angels’ staff. For instance, starting pitchers focus more on running and conditioning between their starts than position players do. They also study opposing hitters. If Ohtani is in the starting lineup as a position player, how can he do this? How much of a physical toll can that take over a span of six months? We have always been told that fatigue is a major contributor to pitching injuries because it can affect mechanics.

As I point this out, I also want to share with you that this in nothing new for Ohtani. In 2016, he pitched 140 innings on the mound and had 382 plate appearances. I will also tell you that the average major league starting pitcher pitches closer to 200 innings a year and a full time position players gets over 500 at bats. So Ohtani has gotten some needed days off in the past.

It was not lost on me that Ohtani signed with an American League team. This choice enables him to have the opportunity to both play in the field or DH.

Like I said, it will be interesting. Personally, I will be rooting for the guy. Though ultimately, I think Ohtani will eventually have to back off his two-way dream scenario and concentrate more on one pursuit than the other.

Still, he is making history and it will be a fascinating watch next summer.

Let me start out by saying that I was once a fan of Carmelo Anthony. Way back when. Way back when, as a freshman at Syracuse, he carried the Orange, virtually on his own, to a NCAA Championship.

There have not been any similar runs to a title at the NBA level. Yet, many consider Anthony as a superstar. Not me. If fact, I will go as far as saying is he overrated and teams he plays for actually digress.

Case in point. The Oklahoma City Thunder. Anthony joined the Thunder this season and his new team clearly is underperforming. Oklahoma City was fine without him last season. The Thunder were 47-35 without Anthony last year. So far this season, they are a below .500 team at 12-14.

Conversely, the team Anthony left, the New York Knicks, are doing much better without him. The Knicks are over .500, a mark they never reached with Anthony, at 14-13. 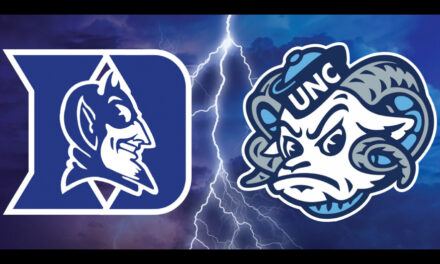