New Artistic Director At Hickory Community Theatre Steps On The Stage For Noises Off!

Hickory – Eric Seale, the new Artistic Director at the Hickory Community Theatre, is stepping on stage for the first time as Lloyd in the British Farce Noises Off! The antic comedy begins performances on Friday, February 5 and runs through Sunday, February 21, broadcasting live from the Jeffers Theatre. Tickets are available online at hickorytheatre.org. Noises Off! is a play about a play and Seale is playing the director, Lloyd. Seale is a Lexington, Kentucky native with over 20 years of theatre experience, as an actor, director, producer and theatre administrator. He started as a teen in the education program at Lexington’s Studio Players and as an actor has performed in over 30 plays. Two of those, Not Now Darling and Out of Order were British farces, a genre he greatly enjoys and of which Noises Off! is a favorite. “It’s such a wonderful script,” he says, “and it’s a play about theatre, which I love.”

One of the many subplots within the play is a backstage love triangle, as Lloyd juggles romantic relationships with Poppy, the stage manager, and Brooke, the attractive young ingénue. In the HCT production Poppy is played by Allison Finch and Jennifer Canterbury is Brooke.

Finch made her HCT debut last spring in the ensemble of Shakespeare in Love. Her previous roles include Helena in A Midsummer Night’s Dream and Rosaline in Love’s Labour’s Lost, both with the Green Room. When asked about her role in Noises Off!, she replied, “Having stage managed I really identify with Poppy.” Finch is a North Carolina native who grew up in Connelly Springs. She currently works as a jeweler’s assistant at Charles Babb Designs.

Canterbury is a familiar face to HCT audiences after making her debut in The Little Mermaid in 2014 and has received three Kay Awards. This latest role marks her ninth show with HCT. When asked to name her favorite thing about HCT she replied, “Currently it’s the fact that the theatre provides a safe atmosphere to continue performing in the time of Covid, and this show is hysterical.” 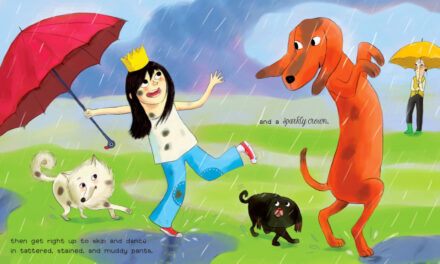