By Lauren Donovan, The Bismarck Tribune

Hettinger, ND (AP) – Tom Jacobsen has rare history hanging on a dimly lit wall in his sitting room, dating 130 years ago when Lakota Sioux were first handed colored pencils, watercolor paints and scraps of paper to express their culture.

That paper was often torn from old ledger accounting books, and so the drawings are generically known now as “ledger art.’’ The 22 pieces on Jacobsen’s wall – framed and protected inside conservation glass – are the largest known collection in North Dakota. They represent a unique moment in history when the materials of white Indian agency agents and missionaries were used by Plains Indians to draw and paint ceremonial and everyday scenes, creating an ephemeral record on insubstantial paper, the Bismarck Tribune (http://bit.ly/2gbnLF1 ) reported.

For Jacobsen, the ledger art also represents his family history. The drawings and paintings were collected by his great-aunt Mary C. Collins, a never-married Congregational missionary from Iowa, who lived and worked among the Sioux at Running Antelope’s, later called Little Eagle village on the Grand River starting in 1884.

She became known as “Winona’’ and Jacobsen said, when the Sioux came to the mission, she would hand them paper, pencils and paint and kept many of the drawings they made for her.

Those were eventually passed along to Jacobsen’s grandmother, Ethel Jacobsen, who taught school at the Oahe Mission and at the Little Eagle Government Day School in the late 1880s. Her memories of those years are documented in the spring 1959 quarterly of the State Historical Society’s North Dakota History journals. She passed the art along to Jacobsen’s father and, after his death in 1965, the siblings going through their father’s things handed Tom Jacobsen several boxes, knowing he had a special interest in the family’s connection to the Sioux reservation.

“All these pictures were just in a manila envelope. I’ve always loved early American history and the fact is, these (women) are our relatives. I was just trying to preserve them; I didn’t know they would become valuable,’’ Jacobsen said.

He took a few representative pieces to the Antique Roadshow, when the antique appraisers were in Bismarck a few years ago. He learned they are valued between $7,000 and $15,000, though that number says nothing about their true value from a time when cultures were colliding and life for the Sioux was changing forever.

“These are priceless. These depictions of their own exploits are fascinating. It is pathetic what the government has done to them,’’ he said.

David Borlaug, who has gathered a substantial collection of Western art for the Lewis and Clark Interpretive Center at Washburn, has had an opportunity to view Jacobsen’s ledger art collection.

“It’s wonderful history. Not many of these are left; they’re rare, just because it’s paper, scrap paper, not intended for a long life,’’ Borlaug said.

The old ledger art has seen a recent rebirth, as well. Modern area artists, such as Butch Thunder Hawk and Monte Yellow Bird, are recasting the old form, using brilliant colors to create scenes and symbols on ledger art paper.

“This is bringing attention to an art form that’s existed for 150 years and was only done before on petroglyphs, hides and teepees,’’ said Borlaug, adding that Jacobsen is keenly aware of the historical relevance of his ledger art collection.

Jacobsen said he is not ready for it to leave his family, though some of Mary C. Collins’ papers are part of South Dakota’s historical collection.

Jacobsen remains fascinated by the art and the many other artifacts and writings passed along from those Christian-teaching ancestors, who lived for years on the reservation and were well acquainted with men such as Sitting Bull, Gall, John Grass and others who were there in the years of the Ghost Dance, Sitting Bull’s death and the battle of Wounded Knee.

The ledger art occupies a central place in his home and his heritage. He cherishes the singular experience of having it so close and personal. “I look at it every day,’’ he said.

A Sioux sun dance, from about 1885
Cheyenne ledger art from a different collection 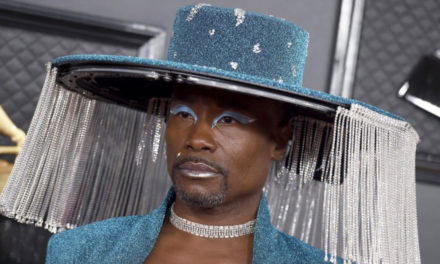