When you pull up to the store located at 902-B Conover Blvd. E. Conover, NC 28613 – just down from Roc’n Oven Pizzeria – the first thing you notice is the 6-foot tall mural of the original Teenage Mutant Ninja Turtles No. 1 on the front window, and on the other side of the door is a lifesize Leonardo welcoming guests of all ages. Inside you’re welcomed by a 4-foot tall Michaelangelo and Leonardo and there’s TMNT memorabilia throughout. 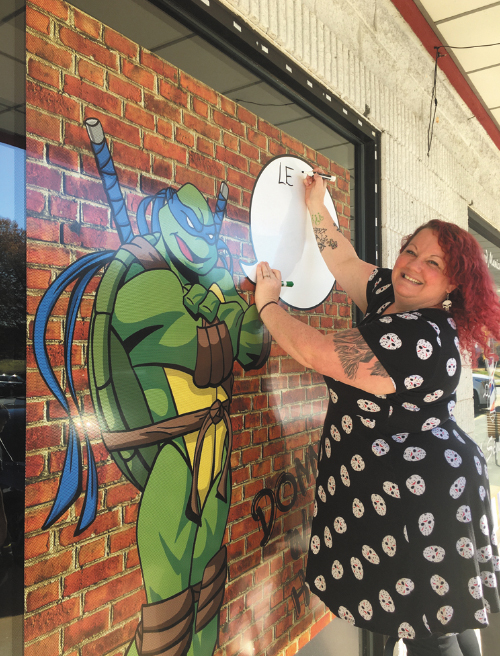 But there’s more going on at 2nd Time Around Comics than turtles – there’s something for everyone including the latest releases from Marvel, DC, Image and the independents to Dungeons & Dragons books, dice and gear, to toys and assorted pop culture merchandise.

“People get excited when they come in our door,” Erica said. “There’s such a desire for nostalgia. People know that the things that made them happy as children can make them happy again.”

2nd Time Around Comics is a new business in Conover begun at a time when others are feeling cautious about the post-COVID economy. The store opened their doors two months ago and business is booming.

“I love seeing people who are young and carefree who like whatever they want to like,” she said.

Edwards got her start in retail by running Family Video shops, and that’s what brought her to Hickory from Anderson, S.C. Along the way she also ran the Family Video stores in Columbia, S.C., Gastonia and Lincolnton. Managing the stores taught Edwards how to run a business professionally and profitably.

“They were a very empowering company – I pretty much ran that business like it was my own,” she said.

Unfortunately the COVID pandemic shuttered Family Video, but that’s what prompted Edwards to start something new for herself.

“It was the catalyst I needed to take that next step,” she said.

At first she wasn’t sure what that next step would be. She’d considered opening her own video rental shop, but soon turned her focus to comics. She and her husband, Jake, were friendly with the management at Roc’n Oven Pizzeria who told her that a space was opening up in their plaza and looking for new tenants. She liked what she saw, put her name on the line and decided to open her own comic shop. But the store needed a name.

Inspiration struck when the couple was watching the original Teenage Mutant Ninja Turtles movie from 1990. They noticed that the turtles’ friend and benefactor April O’Neil owned an antique store called “2nd Time Around,” and Edwards knew it would make a perfect name for her new store.

Working as a substitute teacher with Catawba County Schools has kept Edwards in touch with the needs of young people in the area, and she realized that for many in Conover there’s just not that much wholesome fun to be had. That’s why she’s started game nights at 2nd Time Around Comics. Friday Evenings are Game Night and the display racks are wheeled away to make room for tables where friends can challenge each other to games of Magic. Also Netflix’s hit TV show “Stranger Things” has spawned a resurgence of interest in Dungeons & Dragons. Edwards has a signup sheet in her store that she’s using to put together a list of players, and soon she’ll announce 2nd Time Around’s Dungeon & Dragons night.

She’s also founded Conover’s first ever comic book convention. The next one will be on Dec. 17, from 10-5 p.m. at The ballroom at the Comfort Inn Hickory/Conover at 1607 Fairgrove Church Road SE Conover, NC 28613. Cost: $5 admission.

Conover Comic Con will feature comic book sellers, a cosplay costume contest, and an artist alley where you can meet your favorites, get autographs and purchase their work. Card game merchants specializing in Yu-Gi-Oh! and Pokemon will be on hand as will Funko Pop merchants and toy vendors of all kinds.

The typical attendee at comic conventions tends to be between the ages of 9-70. They hail from every background and demographic, but what they all have in common is a love for fun stories, cool characters and having a good time.

And Conover Comic Con’s special celebrity guest will be the stunning and gracious cover model for the new Red Sonja comic book series. Augusta Monroe, will be on hand in all of her warrior woman glory to meet her fans and sign autographs.

Erica Edwards, owner/operator of 2nd Time Around Comics in Conover 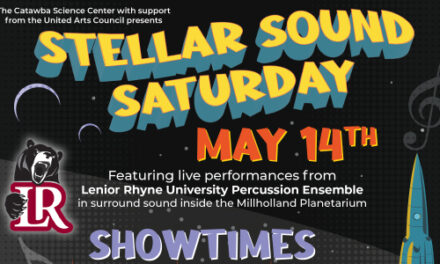 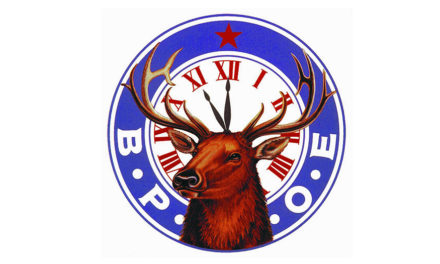