The latest adaptation of the celebrated Agatha Christie mystery, Murder on the Orient Express, doesn’t exactly succeed on all levels but at least it does have one thing going for it—star power. You can imagine the studio bean counters at 20th Century Fox, the film’s distributor, salivating at the opportunity to squeeze so much talent into one film. And make no mistake, this film is truly bursting at the seams with talent that stretches across multiple generations of cinema.

Unfortunately, talent alone can’t save a film from its own shortcomings and Murder on the Orient Express is a prime example of the pitfalls of assembling great actors and saddling them with characters that are one-dimensional at best.

Kenneth Branagh not only directs but also takes the lead role of Agatha Christie’s celebrated detective, Hercule Poirot. The film establishes in a prologue, set in the year 1931, just how clever Poirot is by having him solve a theft that may or may not have been carried out by three religious leaders of varying faiths. The detective, however, can’t be bothered with solving a case before he knows for certain that the boiled eggs he is being served are in perfect symmetry.  It’s unnecessary details like this that don’t do the film any favors but nevermind.

The action finally switches to the locomotive of the film’s title nearly thirty minutes into the proceedings after Poirot’s services are requested in an unrelated case in London. Before he can arrive, however, one of the passengers is found stabbed to death and Poirot must determine which of the other twelve passengers is responsible for committing an act of murder.

The other passengers are represented by the likes of Michelle Pfeiffer, Daisy Ridley, Judy Dench, Josh Gad, Willem Dafoe, Johnny Depp and Penelope Cruise, to name a few.    As I mentioned, one of the central problems here is that there is a lack of dimensionality to the characters. Everyone seems to be hitting their marks and not much else. It’s a bit of a wasted opportunity to see these fine actors having so little of interest to do with the exception of just going through the regular paces. It doesn’t help that the film tends be a tad on the slow side at times as well. A little more humor and subtext would have gone a long way but there’s not much there except what’s on the surface.

The production design is excellent and the look of the film is marvelous to behold. It’s just too bad that Branagh and writer Michael Green didn’t concentrate a bit more on the people that inhabit this world and a bit less on the appearance of things. 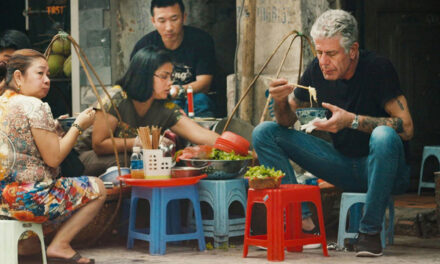