Darren Aronofsky’s first film after a three year layoff, mother!, is the type of unruly beast that launches great discussions and stirs deep emotions. For days after seeing it I couldn’t stop thinking about it, which is usually the harbinger of a good film. And yet I can’t quite bring myself to recommend the film wholeheartedly in spite of being tempted to take in a second viewing. You may find yourself thinking about it for days afterward but it’s such an unrelentingly bleak film during its final section that it feels a bit like being kicked repeatedly in the face. Yes it stirs emotions but the question remains as to whether those reactions are just visceral or perhaps something a bit deeper. After careful consideration I’m going with the former.

In terms of filmmaking mother! is skillfully made to be sure. It’s the sort of thing that doesn’t conform to normally accepted storytelling tropes which is usually enough to win over my affections. Mainstream audiences who’ve grown accustomed to star Jennifer Lawrence’s turns in easy to digest projects such as The Hunger Games franchise will certainly be shocked at the paces that Lawrence is put through during the unspooling of this film. And that’s where the film becomes problematic for me at times. Aronofsky’s insistence on marching to the beat of his own creative vision at all costs proved to be a bit much for me.

The character played by Lawrence is only referred to as Mother. No character names are specifically given to any of the remaining characters. Other characters in the film are simply to referred to as Him, Man, Woman, Oldest Son, etc. Yes, it’s that kind of movie.

Mother is a subservient housewife who is married to Man (Javier Bardem). They live in a refurbished house in a very remote area where Man, a once successful poet, struggles with writer’s block. Man apparently lost his first wife in a fire, which is alluded to from time to time. Mother wants a child but Man is so self absorbed that he isn’t really interested in what Mother might want. He constantly invites unwanted guests into the house, much to the consternation of Mother. The first of these unwanted guests, Him, is played by Ed Harris. He claims that he mistook the couple’s house for a bed and breakfast. He is soon joined by his wife, Woman (Michelle Pfeiffer) and their two sons (Domhnall and Briain Gleeson) in quick succession, which tests the patience of Mother who just wants some peace and quiet. Man decides to push his luck and fill the house with guests until Mother reaches the breaking point. From there on out, the film goes into overdrive, venturing into territory that few have gone to in recent memory.

While I admired the craftsmanship of Aronofsky’s vision I’m still not sure that the film has as much depth as it would like to think that it has. One can find certain metaphors within the film but I’m not sure that’s what Aronofsky is after. As an exercise in style it works but on other levels I’m not so sure. 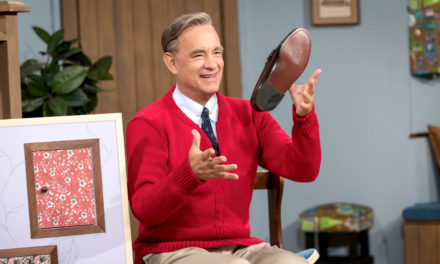