By Ryan Brown, The (Altoona) Mirror

Altoona, PA (AP) – In 2012, when investigators unearthed a battlefield grave on the tiny Pacific island of Betio, they came upon a handful of artifacts.

Among them: a small lapel pin commemorating a perfect bowling score in Altoona, 7,000 miles away.

Years later, DNA evidence would confirm one of the three men buried there was Nicholas J. Cancilla, an Altoona native killed on the first day of a 1943 battle that would ultimately leave nearly 1,700 Americans and 4,700 Japanese dead. On Monday – almost 73 years after he died – Cancilla’s remains will be interred at Calvary Cemetery with full military honors.

The Roman Catholic Mass and burial ceremony, both open to the public, conclude a five-year process that began when history researchers received a simple tip about a grave along a blue Pacific lagoon.

“He needs to be honored,’’ said Darlene Johnson of Virginia, Cancilla’s niece and one of his only living relatives. “I’m glad he’s coming home.’’

It was in late 1942, several months after the Japanese attack on Pearl Harbor, that Cancilla joined the Marine Corps. A photograph in the Mirror shows the young man – just 17 when he signed up – smiling in a crisp dress uniform.

Raised by immigrant parents, Cancilla grew up in an Italian neighborhood in Pleasant Valley, near the Altoona city limits.

“Every house had a large garden. Everybody knew everybody else. Everybody looked out for each other and socialized,’’ said Johnson, the daughter of Cancilla’s late brother Frank, himself a World War II Navy veteran.
Cancilla was only a teenager, but he’d already earned a reputation as a hard-fighting, beer-drinking tough guy – not a bad prospect as a Marine, said Dave Servello of Altoona, who became close friends with Cancilla’s brother in the last decade of his life.

“He didn’t take anybody’s crap,’’ Servello recalled Frank saying. “Certain guys come out of training – even though they’re not officers, they come out leaders. He was the guy.’’

Cancilla left for the Pacific, spending time training before his unit, the 2nd Marine Division, was called up to attack the isolated Tarawa atoll on Nov. 20, 1943.

Located about halfway between Hawaii and Australia, the tiny islands bristled with Japanese defenses. Cancilla would be among the first waves to land on Betio, an island the size of Bellwood but packed with Japanese soldiers.

American ships and aircraft pounded the defenses, but when the time came for the Marines to land, a strange tidal phenomenon left their boats stranded offshore.

Now given time to regroup, the Japanese unleashed constant fire on the attackers.

It was sometime on that first day that Cancilla fell. Americans would clear the last of the defenses three days later, with nearly 1,700 killed and more than 2,000 wounded. Almost every Japanese defender had been killed.

It took more than six weeks for word of Cancilla’s death to reach Altoona. When the telegraph announcing his death arrived at his parents’ house, the family – who could read little English – had to walk to a neighbor’s home to translate the news.

A small item in the Mirror lamented Cancilla’s death, describing him as “one of the city’s most popular young Marines.’’ His brother, preparing to head overseas in the Navy, went AWOL to rush home and comfort his mother, Servello recalled.

While Allied authorities did their best to remove the Tarawa dead and bury them properly, the island remains dotted with makeshift graves. Nearly every inch of Betio is inhabited, with shacks and homes sitting alongside graffiti-covered Japanese artillery emplacements.

It’s in that environment that History Flight, a Florida-based nonprofit, has spent years exploring and excavating for Marines’ remains.

After putting out ads in Tarawa newspapers asking locals to report any possible graves, History Flight members received a tip in 2011 that American dead might be lying in a buried beachside ditch, Executive Director Mark Noah said.

Further investigation revealed the tip was likely correct, he said, and Department of Defense officials unearthed the grave a year later. Three Marines were inside, and investigators suspected one of them was Cancilla.
“There’s an astronomical number still there,’’ Noah said. “As you can imagine, it’s quite a challenge.’’

In the years that followed the discovery, officials sought DNA from his brother Frank – by then in his 90s – to confirm the remains’ identity. Results came in late 2015, Johnson said, but final confirmation arrived just months after Frank’s November 2015 death.

“He never knew for sure,’’ Johnson said of her father. “But he just seemed generally happy that there was a possibility of my uncle coming home.’’

Cancilla’s return will be the same as it would for any service member killed in an ongoing conflict, Johnson explained. A Marine was set to escort his remains from the Pacific and to Altoona, where Marine pallbearers will carry him to his resting place at Calvary Cemetery.

Johnson said she initially expected just a few relatives to show up – but since news spread of Cancilla’s return, military personnel, veterans and supporters have expressed interest in attending the public ceremony.

A funeral Mass was held  Monday, November 7, 2016,  at Our Lady of Mount Carmel, Debbie Santella of Santella Funeral Home said. After that, Cancilla was laid to rest at Calvary Cemetery.

The military burial marks a small piece of closure for a family with a history of military service and loss. In 1969, a quarter-century after Cancilla’s death, his nephew – named Nicholas Cancilla in his honor – was killed on a river patrol boat in South Vietnam.

Servello, the family friend, keeps boxes of the family’s remaining treasures. A box in his home contains a Purple Heart medal, the elder Nicholas Cancilla’s name inscribed on the back, among a few Marine pins and rings bearing eagle-globe-and-anchor insignia.

For Johnson, the years-long endeavor has been a learning experience, especially since she grew up knowing little about her uncle’s service and death. 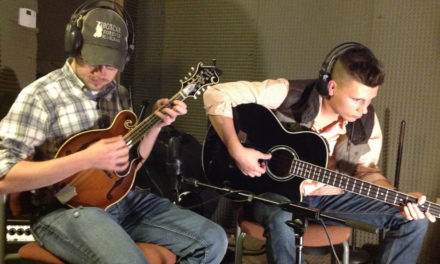