Hickory – Two fresh-faced actors are coming to Hickory Community Theatre as part of the cast for the production of Shakespeare in Love by Tom Stoppard, Lee Hall, and Mark Norman. The play opens Mar. 6 and runs through Mar. 22 in the Jeffers Theatre.

Adapted from the 1998 Oscar-winning movie of the same name, Young Will Shakespeare has writer’s block and the deadline for his latest work is approaching. As if by fate, he meets a beautiful young woman named Viola who becomes his muse and inspiration in writing his greatest masterpiece. Viola, already an enormous fan of his works, will stop at nothing to appear in Will’s next play, even though it is against the law for women to perform on stage. Similar in tone to Shakespeare’s own comedies, the play is set against a background of 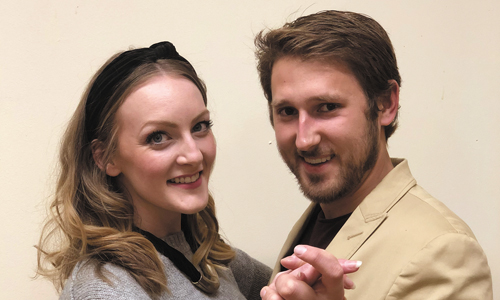 In the Hickory production, the roles of Will and Viola are played by Will Duncan and Sophie Marie Stanley. Duncan, though he has performed previously at HCT, is returning to the Jeffers Theatre for the first time since his youth. Stanley is making her Hickory Community Theatre debut. They both recently moved to Hickory within the last few months.

Duncan spent a semester abroad in London, England, working with UNC-Chapel Hill. While there, he watched performances by the Royal Shakespeare Company and at the Globe Theatre which inspired his return to theatre. He’s been in some of the Bard’s plays in roles such as King Claudius in Hamlet, Silvius in As You Like It, and Aegean in Comedy of Errors. When asked about playing Will in Shakespeare, Duncan said, “It is an honor to play such an extraordinary person.”

Stanley has done plays with the Montford Park Players in Asheville, most recently as Juliet in Romeo and Juliet. She moved to the United States from Leicester, England, with a stint in Abu Dhabi between the two locales. When asked about what made her audition for Shakespeare, Stanley said, “I saw a production of Shakespeare in Love last summer and loved it. I loved the links between Romeo and Juliet and it, and was excited to see that Hickory Community Theatre was producing this show right after I moved to the area.”

Tickets for Fridays, Saturdays and Sundays are $20 for adults, $18 for seniors and $10 for students & youth 18 & under. Thursday night tickets are $16 for all adults and $10 for students and youth . Call the box office at 828-328-2283 or visit hickorytheatre.org to purchase tickets or get more information.

The Hickory Community Theatre is a funded affiliate of the United Arts Council of Catawba County. A Cleaner World, Paramount Automotive, the City of Hickory and Sunbelt Xpress are the sponsors the 2019-2020 Season. Shakespeare in Love is produced by Commscope, Shurtape and the Friends of the Theatre.

PHOTO: Will Duncan and Sophie Marie Stanley play Will and Viola in the upcoming production of Shakespeare in Love at the Hickory Community Theatre. Performances run March 6 through March 22 in the Jeffers Theatre. For show times and tickets visit hickorytheatre.org or call 828-328-2283. Photo by Lauren Albers. 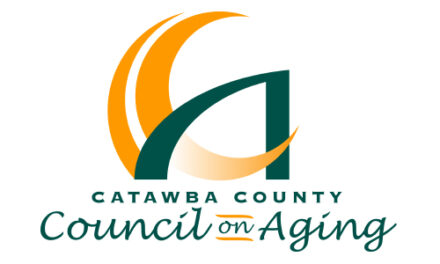