Hickory – In Roald Dahl’s Matilda the Musical, opening Friday, October 4 at the Hickory Community Theatre, the life of young Matilda is profoundly impacted by two of her teachers – Miss Honey, who is kind and encouraging, and Miss Trunchbull, the meanest teacher in the world. The Hickory production features two local actors, Taralee Fairclough as Miss Honey and Jeremy Whitener as Miss Trunchbull.

Although Fairclough is a newcomer to the Hickory stage has a wealth of theatrical experience with 21 shows to her credit, including five professional roles, Dorothy in The Wizard of Oz, Lily St. Regis in Annie, Peter Pan in Peter Pan, Oliver in Oliver!, and Mayzie LaBird in Suessical the Musical. All of these were at the Off Square Theatre in her hometown of Jackson Hole, Wyoming. She and her husband moved to North Carolina a few years ago, when he was completing his Master’s degree at UNC, and relocated to Hickory last year when he accepted a job at Caldwell Memorial Hospital. When asked about her experience at her new theatrical home, she replied, “There is a great feeling of family that you get from the people and the theatre itself. I am brand new to HCT and I have felt very comfortable and welcomed by everyone.”

Whitener is a familiar face with Hickory audiences, his first role was in the ensemble of Les Misérables and he went on to play Donkey in Shrek and The Extra in Junk. He also has extensive credits at the Green Room, including Adolfo in The Drowsy Chaperone, Bernardo in West Side Story and Ensemble/General Cartwright in Guys & Dolls. Last season at HCT he had the chance to work with his best friend, Allison Andrews to bring The Lion King Jr. to life. With regard to his role in Matilda he said, “I wanted to play Trunchbull because it is so fun to get to portray the quirks, passion, and drive of the villainous character. Trunchbull is such an iconic role (especially for those of us who grew up watching the movie as kids) and I have been chomping at the bits to bring her to life on stage.” 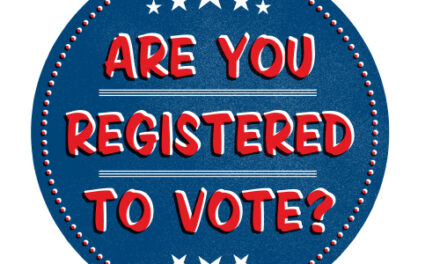 NC State Board Of Elections Guidelines To Voter Registration