Meet The Dads From Mamma Mia! Coming To HCT, May 17

Hickory – In Mamma Mia!, the hit Broadway musical opening May 17 at the Hickory Community Theatre, a young woman named Sophie sends invitations to her wedding to three men from her mother’s past in hopes that one of them is her birth father. Like the characters they play, the three actors in the Hickory production have very diverse backgrounds and experience.

William Kirkwood plays the role of Bill Austin, a well-known travel writer who has visited the far reaches of the earth, but never found what he is really looking for. Kirkwood is a newcomer in his first role at HCT who is commuting nightly from Fort Mill to take part in this production. Although new to HCT he is no stranger to the stage and has had roles in dozens of productions at theatres in his native Ohio and more recently in the Charlotte metro region. He’s performed locally at Theatre Charlotte as Olin Britt (bass quartet) in The Music Man and Caiaphas in Jesus Christ Superstar. His other favorite roles include Henry Higgins in My Fair Lady and the Pirate King in Pirates of Penzance, both at his alma mater, Ohio Northern University.

Paul David Kurts has the role of Harry Bright, a respected London banker who was once a head-banging, partying musician before getting on the straight and narrow, at least in his career. Mamma Mia is Kurts’ first time back on stage since HCT’s 2014 production of Les Misérables. In contrast to the one-time party boy character he plays on stage, Kurts is a military man, a Lieutenant Colonel in the Air National Guard. He’s also co-pastor, with his brother-in-law Anthony Mullins, to the Hickory congregation of Grace Communion International Church (GCI). He and his wife Emma Lee, who is also in Mamma Mia!, moved to Hickory in 2010 when he took up the post with GCI. He was one of several local pastors who led the National Day of Prayer at the Hickory YMCA on May 2nd.

Mark Alton Rose is playing Sam Carmichael, a wealthy architect who has regretted leaving Donna, Sophie’s mother, all his life and now finds himself divorced and back in her presence. Rose has a B.A. in Theatre Arts from Lenoir-Rhyne University and has been working in both community theatre and professional film and television since graduation. He also worked in radio for over 20 years at such stations as WFMX in Statesville and Joy 95 in Virginia Beach. Rose credits his father for getting him first involved in theatre at age 15. His is a very familiar face on the HCT stage and his most recent roles include Saunders in Lend Me a Tenor and Charlie Baker in The Foreigner, though one of his very favorite experiences was playing Brave Sir Robin in the 2013 production of the Monty Python musical Spamalot. 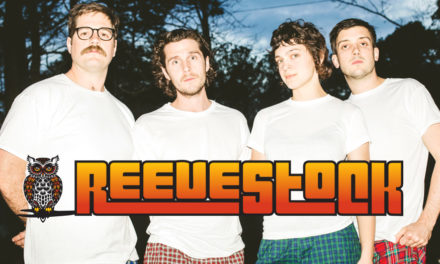