Hickory – Artistic Director Pamela Livingstone has just announce the cast for the Hickory Community Theatre’s upcoming production of The Curious Incident of the Dog in the Night-Time, which opens Friday, March 29 in the Jeffers Theatre.

The Curious Incident of the Dog in the Night-Time follows Christopher Boone, a young man with an extraordinary brain. He is exceptionally intelligent, particularly in math, but ill-equipped to interpret everyday life. When he falls under suspicion for the death of his neighbor’s dog, he sets out to identify the true culprit, which leads to an earth-shattering discovery and a journey that will change his life forever.

The Curious Incident of the Dog in the Night-Time is a unique experience that uses jarring sounds and lights to create the illusion of autism spectrum disorder for the audience as they see the world through Christopher’s eyes.

HCT newcomer Jordan Correll is playing Christopher. Starring alongside Correll are Elisabeth Bokhoven as Judy, Christopher Honsaker as Ed and Emma Lee Kurts as Siobhan. The ensemble members, who each play multiple roles, are David Abernathy, Connie Bools, Stephanie Lindsay, Jill Roberts, Jordan Smith and Mark Woodard. This production is rated R because it contains strong, adult language. It is not recommended for young children but may be suitable for teenagers, at their parents’ discretion.

HCT is a Funded Affiliate of the United Arts Council of Catawba County. The Theatre’s 2018-2019 Season is sponsored by Paramount Automotive and A Cleaner World. The Curious Incident of the Dog in the Night-Time is produced by Cargo Transporters, Catawba Pediatric Associates and Hickory Allergy, Asthma & Sinus. 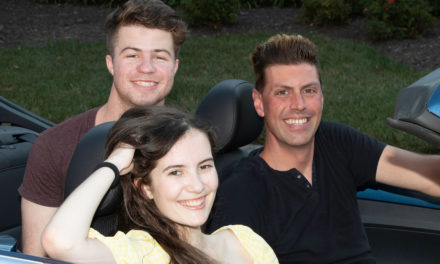