Universal: The Space Between Us (2017) (**) A boy who’s spent his entire life on Mars falls for an earth girl he meets online. Yes it’s as implausible as it sounds and filled with trite over sentimentality to boot.  Extras include alternate ending, deleted scenes, commentary and a featurette. Saturday Night Fever: 40th Anniversary Edition (1977) (*** ½) One of the biggest hits of its year and a pop culture milestone, this moving tale of a Brooklyn teen who only finds happiness on the dance floor made John Travolta a household name and gave the Bee Gees a reign on the pop charts for the better part of a year due to their involvement in the soundtrack. Extras include multiple featurettes, commentary and a new director’s cut that’s four minutes longer.

Warner Brothers: Fist Fight (2017) (* ½) This alleged comedy stars Charlie Day as a teacher accused of getting a fellow teacher (Ice Cube) fired and finding himself challenged to the fist fight of the film’s title by the latter. The laughs are pretty sparse here. Extras include deleted scenes.

Sony: The Salesman (2017) (*** ½) This year’s Oscar winner for Best Foreign Film is a searing domestic drama about a young Iranian couple whose relationship unravels after being forced to move to a new residence. Extras include a conversation with the film’s writer/director, Asghar Farhadi.

Criterion: Jeanne Dielman 23, quai du Commerce 1080 Bruxelles (1975) (** 1/2)  The late director Chantel Ackerman’s (she commited suicide last year) landmark film is either brilliant or overly self indulgent, depending on your tastes. It’s basically three and a quarter hours of a woman doing her household chores. There is a gotcha ending that somewhat redeems the film but it’s a long climb to get there. Extras include a making of documentary, interviews with both director Chantal Ackerman and the director’s mother and Ackerman’s 1968 directing debut.

Scream/Shout Factory: Streets of Fire (1984) (** ½) Michael Pare stars as a man hired to rescue a kidnapped rock star (Diane Lane) in director Walter Hill’s attempt at a rock musical of sorts. An interesting misfire that nevertheless has its own charms. Extras in the two disc set include seven featurettes and music videos, among them Dan Hartman’s top ten 1984 hit, I Can Dream About You.

Willard (1971) (***) / Ben (1972) (**) These two seminal horror films of the early 70s have been released separately having never been issued on a disc format. Bruce Davison stars in the original as a social misfit who trains an army of rats to do his bidding while the sequel involves a sick boy (Lee Harcourt Montgomery) befriending the rats. The latter film features the title song sung by Michael Jackson, which turned out to be his first number one record. Both discs feature audio commentary, trailers and TV spots.

The Accidental Tourist (1989) (*** ½) Filmmaker Lawrence Kasdan’s beautiful film about a travel guide writer (William Hurt) who can’t quite move past the death of his son. Things change when he chances to meet a spunky dog trainer (Geena Davis, who won an Oscar for her work). Extras include deleted scenes, a featurette, director introduction, commentary and trailer.

Seven Days in May (1964) (***) Rod Serling (Twilight Zone) penned this suspenseful tale of what might happen should the military stage a coup to remove a sitting US president.  Director John Frankenheimer guides a superb cast including Burt Lancaster, Kirk Douglas, Fredric March and Ava Gardner. Extras include director commentary.

The Loved One (1965) (***) Director Tony Richardson’s followup to his mega hit, Tom Jones, is an irreverent look at both the movie industry and the funeral business. Set in LA, the film’s cast includes Robert Morse, Anjanette Comer and bit parts by various celebs including, Milton Berle, John Gielgud, Paul Williams and Liberace.  Extras include trailer and a featurette.
Kino: Tough Guys (1986) (** ½) was the last onscreen pairing of Kirk Douglas and Burt Lancaster. They’re a bank robbing duo being released from prison after a thirty year stretch and learning to adjust to civilian life. Sporadically funny. Extras include director commentary and a trailer.

Twilight Time: (Titles are limited to a pressing of 3,000 units are available for order online at www.screenarchives.com and www.twilighttimemovies.com)

The Man in the Moon (1991) (*** ½) was director Robert Mulligan’s (To Kill a Mockingbird, Summer of 42) final film, a beautiful coming of age portrait concerning two sisters vying for the affections of the same boy and set against the backdrop of rural America in the late 50s. This was Reese Witherspoon’s film debut and she shines here. Extras include isolated music track and trailer.

Inferno (1953) (***) stars the great Robert Ryan as a man attempting to survive the perils of the desert after being left there to die by his wife and her lover. The film is presented in its original 3-D format here.  Extras include isolated music track, audio commentary, featurette and the film’s trailer.

Year of the Comet (1992) (**) stars Penelope Ann Miller and Tim Daly in a comedy caper revolving around the search for a valuable bottle of wine. Some amusing bits abound but not enough to ultimately save the film. Extras include isolated music track and the film’s trailer. Who’ll Stop the Rain (1978) (*** 1/2) is, for my money, one of the best Vietnam films to come out of the 1970s. Here, a trio of Vietnam vets attempting to find their place in a post war society get involved in a drug smuggling operation. Nick Nolte and Michael Moriarty star.  Extras include isolated music track, the film’s trailer and an interview with editor John Bloom.

The Stone Killer (1973) (***) stars Charles Bronson as a cop tangling with a mafia clan seeking retribution for a gangland killing. Tense and exciting in the style of gritty early 70s cop films. Extras include audio commentary, isolated music track and the film’s trailer.

Brutal Tales of Chivalry (1965) (***) Ken  Takakura stars as a yakuza seeking vengeance against rivals in his hometown upon his return home from WW II. Extras include a featurette. 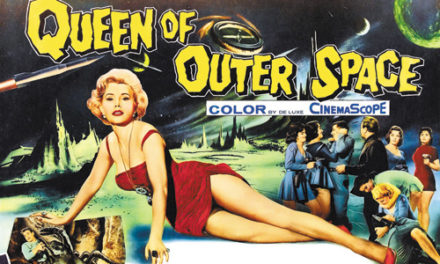 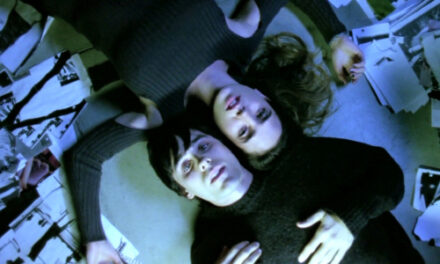 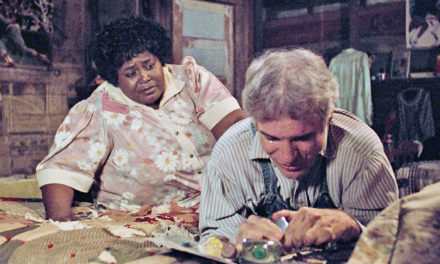