After a one-year hiatus due to COVID, the NCAA Men’s Basketball Tournament is back and it starts this weekend. Time to fill out your bracket before ripping them up a few days later after the first two rounds of upsets.

Here are ten teams that I could see making a run at the 2020-21 national championship. Some are surprise picks and some are favorites.

Gonzaga is the tournament’s top seed. The Zags, with their undefeated record, deserve the seeding. The lone fact that bothers me is that Gonzaga has been to 25 straight NCAA Tournaments but has just one Final Four appearance. 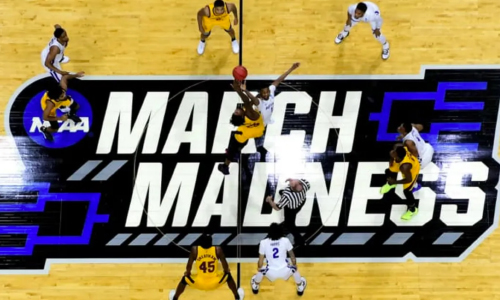 Illinois is playing real good basketball of late. The Illini head to first round action having won 14 of their last 15 games, including consecutive wins over Iowa and Ohio State in the Big Ten tourney to clinch the postseason championship. Illinois likely has the most productive guard-center duo going in Ayo Dosunmu and Kofi Cockburn.

It was thought that Baylor would match Gonzaga win for win early on this season. But COVID hit the Bears pretty hard mid-season. They are starting to return to form and could be heard from over the next few weeks. Baylor is shooting a college basketball-leading 41.8% from 3-point range on the season and likely has the most talented backcourt in the country in Davion Mitchell and Jared Butler.

Speaking of three pointers, Alabama sure can make them. And the Crimson Tide can also play defense. That formula could work this year. The result is a Crimson Tide team that can live by the 3-point shot, but one good enough that it won’t die by it, either. Case in point. Alabama went just 12-of-36 from 3-point range in the SEC Tournament title game but came up with key stops on defense late to survive an 80-79 battle.

It is hard not to like Oklahoma State. The Cowboys won eight of their final 10 games and beat No. 1 seed Baylor, No. 8 seed Oklahoma (twice), No. 3 seed West Virginia (twice), and No. 6 seed Texas Tech in that span. They also have the projected No. 1 pick in the upcoming NBA draft in Cade Cunningham.

Florida State nearly won the ACC regular-season and came just short of winning the league’s postseason tourney. The Seminoles have size and athletes. Scottie Barnes has NBA talent. FSU could surprise and win the biggest prize of them all.

A longshot out west is Oregon. They are in the same region as Kansas and Virginia, both of which are dealing with COVID issues. The Ducks, winners of 11 of their last 13 games, could end up benefiting from the COVID issues.

Texas Tech is capable of beating anyone and has proven in past years to be tournament tough. This team plays defense and has a star in Mac McClung.

I really like UConn. The Huskies lost only three times all season with star James Bouknight in the lineup, and four times with him out as he dealt with an in-season elbow injury that required surgery. The Huskies are a No. 7 seed. Did you know that the only school to ever win this thing as a No. 7 seed was UConn back in 2014?

I would not look past Purdue. The Boilermakers were very consistent in the Big Ten, a conference that was easily the best in the country. This team won its final five games of the regular-season and has a nice mixture of vets and freshmen. Purdue will not be an easy out for anyone.