Eugene, OR (AP) – Longtime Eugene tow-truck driver Ron Post is no World War II history buff. So when, inside a cluttered old bus he recently bought, he found a sheaf of yellowed papers in German with signatures such as “H. Himmler,’’ “Ribbentrop’’ and “Kaltenbrunner,’’ he didn’t know what to make of them.

But he was intrigued by a greeting card with “Adolf Hitler’’ and a Nazi eagle and swastika embossed in the upper left-hand corner, and a quirky, hard-to-decipher signature in the lower right-hand corner.

That card, dated Christmas Eve 1941, may contain an authentic Hitler signature, probably imprinted by a signature stamp or automatic signing machine that Hitler reportedly used for much of his correspondence.

Post – going on the assumption that the card is genuine – says he is stunned that he found such a morbid document, and in such an odd way.

On the card is typed a message in German offering an unnamed individual a small package of coffee from a larger shipment Hitler has received from abroad, and wishing the recipient a merry Christmas and happy New Year.

The card appears similar to other cards signed or stamped by Hitler and for sale on websites that market Nazi paraphernalia. The signature on Post’s card appears identical to Hitler’s signature or stamp on archived historical documents viewable on the Internet.

Post – who says he found the stash of papers late last month – hasn’t had the documents examined or authenticated by an expert. If genuine, it’s possible they were taken as legitimate war booty by a U.S. soldier in Europe in 1945. American soldiers brought back many Nazi mementos and documents, said Randeen Cummings, a Eugene antiques and estates appraiser.

Signed documents from the massive Nazi bureaucracy turn up often, said Gary Piattoni, an appraiser who evaluates items on the popular PBS program “Antiques Roadshow.’’ Based on reviewing scanned copies provided by The Register-Guard, he said the documents appear authentic, but he would need to examine them in person to be sure.

David Luebke, a history professor at the University of Oregon who examined copies of the documents, said the names of so many high-level Nazis suggests a collector was signature-hunting through Nazi files.

Post’s documents contain the signatures of Heinrich Himmler, chief of the SS, who orchestrated the mass murder of Jews and others; Ernst Kaltenbrunner, a leader in the mass murders, chief of the Nazi security police, and a general of the Waffen SS; Joachim von Ribbentrop, Hitler’s foreign minister and negotiator of Germany’s 1939 nonaggression pact with the Soviet Union, which gave Hitler time to invade Poland and Western Europe; and Ernst Rohm, an early Nazi leader and Hitler rival whose arrest and execution Hitler ordered in 1934 to solidify his hold on the movement.

The documents don’t appear to contain anything historically significant.

They are “sort of the minutiae of administrative traffic,’’ Luebke said.

Aside from the Hitler card, Post’s papers include 13 pages of letters or notes of varying length, dated between 1933 and 1945, one telegram either to or from Himmler, one photograph of Hitler, two stamped postcards of Hitler apparently franked in 1937, and four business cards from Nazi leaders – including Himmler and Ribbentrop. Plus, there’s what appears to be a business card – possibly from 1929 – announcing that Hitler has moved to a new apartment in Munich.

Post isn’t sure what he’ll do with the documents. He said he needs to have them authenticated and that selling them is an option.

Post said he bought the junk-filled bus – a blue 1985 Ford Econoline – last month at auction, began cleaning it out and on Sept. 24 found the documents in an old suitcase. It’s unclear how they came to be in the bus – which itself has a colorful history.

The Douglas County Sheriff’s Office seized it and another vehicle in Eugene in early August in the process of recovering firearms stolen by a group of Douglas County residents. In the bus, authorities found 18 rifles stolen from a Yoncalla home, the sheriff’s office said at the time. The bus was impounded, held at Post’s employer, A + Towing in Eugene, then, after no one claimed it, sold at auction by A + to Post, said A + manager Kelly Reed.

A + doesn’t search impounded vehicles before selling them, he said. “Typically, when they buy the vehicle, they get whatever’s in it,’’ Reed said. The vehicles often contain unusual items, he added, “but I don’t think there’s ever been anything like this’’ at A +.

The sheriff’s office said it did not immediately have information about the history of the bus.

Post said he paid several hundred dollars for the vehicle.

“I wanted to make it into a prospecting rig. I like to prospect for gold,’’ the River Road area resident said.

The signatures on Post’s documents appear very similar to original documents signed by Himmler, Ribbentrop and Kaltenbrunner that can be viewed on historical sites on the Internet.

But news reports warn that forged Nazi documents are abundant. One of the biggest forgeries was Hitler’s purported diary, bought by Stern magazine in Germany in 1983 for $3.7 million, then declared the work of a German petty criminal.

While there’s a market for Nazi paraphernalia, it’s hard to know what items such as those Post found are worth. People who sell or collect such items sometimes face criticism from Jewish and other groups who accuse them of glorifying, humanizing and profiting from Hitler and his murderous regime.

Greeting cards with Hitler’s signature, written or stamped, have been offered for sale on the Internet for a few thousand dollars to up to about $20,000. An autographed copy of Hitler’s book “Mein Kampf’’ made headlines in 2014 when it sold at auction for $64,850.

One document, dated Dec. 21, 1941, is a brief greeting from Himmler, possibly on an anniversary, to an unnamed person, according to a translation provided by Bethel School District German teacher Ewa Lancaster, who holds a master’s degree in German and is a native of Poland.

Another, dated Dec. 6, 1944, is a typed note from Kaltenbrunner to Karl Hermann Frank, the Nazi chief of Bohemia and Moravia, who organized mass murders of Czech civilians. In the note, Kaltenbrunner – who had been promoted on Dec. 1 by Hitler to a general of the Waffen-SS – thanks Frank for previously congratulating him, according to a translation by Lancaster. Frank was later tried and convicted by a court in Prague and executed in 1946.

One handwritten three-page document appears to be a note from Ribbentrop to Himmler while Ribbentrop was in London before Britain and Germany went to war. The note is on the stationery of the historic Brown’s Hotel in London. In the note, Ribbentrop states he is very happy at having just been accepted into the “glorious’’ SS as a colonel, Lancaster said. That would date the note to 1933, Lancaster estimated. Ribbentrop promises to carry the acceptance letter “with pride (and wear it like a robe of honor),’’ according to La

And there’s the business card in which Hitler announces he has a new address: 16/11 Prinzregentenplatz in Munich. Hitler moved to that large apartment in 1929 as his political star was rising.

Included in the papers is a photocopy of a 1945 Zanesville, Ohio, newspaper article about a local soldier serving in Europe who had sent home Nazi items, such as knives, swastika emblems and Nazi stationery. It’s possible that soldier also sent the documents Post has found.

Post said he bought the bus on Sept. 18. He took it home several days later and began cleaning it.

“We started just bagging stuff up,’’ he said. “We were finding needles and crap like that.’’ He also found Newsweek magazines from the 1940s.

“Then I lifted up a seat cushion, and there was a chest kind of thing, and inside it there is this box with a bunch of papers in it. This is the stuff I kept. When I saw the card (from Hitler’s office), I felt the corner of it and realized it was embossed.’’

Uncertain how to proceed, he said, he came to The Register-Guard office.

A Lane County resident since age 5, Post said he has worked for 23 years as a tow-truck driver, and before that for a dozen or so years on the production lines at a plywood and lumber mill.

He said he’s “all beat up’’ from his physical labor and looking forward to retiring at 62. He says his newfound collection may help pave the way. 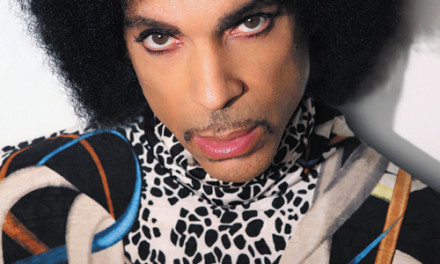 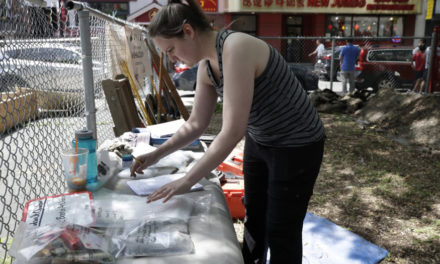 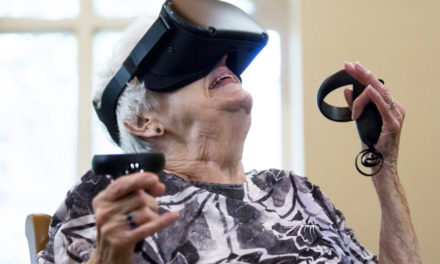