The 2018 Major League Baseball season is about one-third completed and a number of preseason story lines are beginning to play out. I have not spent much time talking baseball in these pages of late, so I thought I would share some early thoughts with you.

The Boston Red Sox are for real. It was thought that all the BoSox needed was one more bat in the lineup to achieve contender status. It turns out that was true as J.D. Martinez joined Boston from free agency and the Red Sox now have the best record in baseball at 42-19. Martinez leads the majors with 20 home runs.

Benefactors from the Martinez arrival include the formidable starting pitching trio of Chris Sale, Rick Porcello, and David Price. Although the New York Yankees are only a game back of Boston as I write this, I like Boston to stay on top all summer in the AL East.

The Milwaukee Brewers are the surprise team in the National League. The Brewers have the NL’s best record thus far and have a two game lead over the Chicago Cubs. Milwaukee does not boast a lineup with name players but the likes of Travis Shaw, Jonathan Villar, and Ryan Braun have the Brewers off to a 37-24 start. I am not sure if the Cubs will keep up this time.

Regionally, Atlanta Braves fans have to be thrilled. The rebuilding project is at least one year ahead of schedule. The Braves are 35-25 thus far and have a half game lead over Washington in the NL East. Freddie Freeman is off to a fast start and rookie Ozhaino Albies is one of the best young hitters in the game.

Most felt that 2017 World Series champion Houston Astros would repeat in the AL West. However, it is the Seattle Mariners who are currently atop the division with a 38-22 record. The Mariners have enjoyed the coming out party of Mitch Haniger. The Seattle right fielder is hitting .270 with 12 home runs and has already driven in 42 runs.

The Mariners have a great bullpen led by closer Edwin Diaz. Seattle’s success from its relievers is evidenced by their success in close games. Even though the M’s have 16 more wins than losses, they have only out-scored their opponents by 25 runs thus far in 2018. 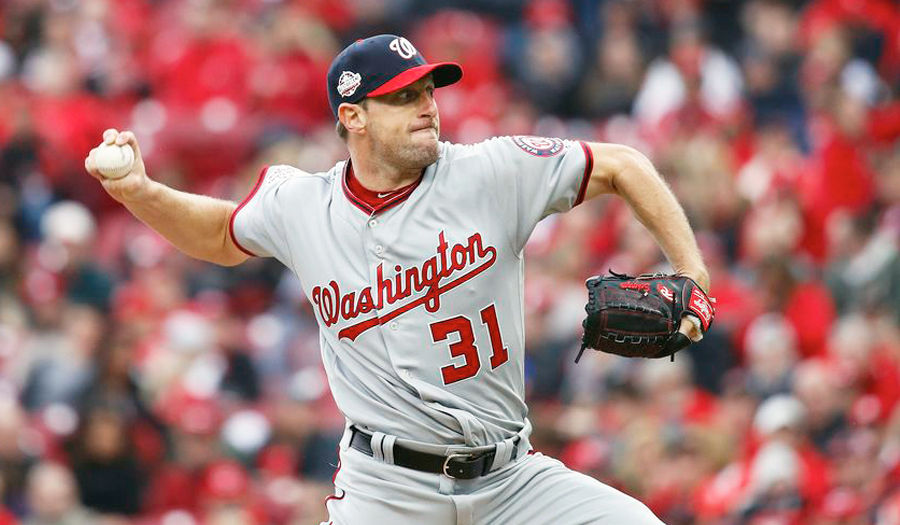 I will close with this fact. The best pitcher in baseball is Max Scherzer. As I was writing this, the Washington Nationals pitcher threw an immaculate inning, the second of his career, in the Nats 4-2 win over the Tampa Bay Rays on Tuesday. Facing Johnny Field, Christian Arroyo, and Daniel Robertson in the top of the sixth inning, Scherzer struck out all three on nine pitches.

Scherzer, who has won consecutive Cy Young Awards in the NL, is one of 10 hurlers to win at least three Cy Youngs. He is well on his way to a fourth Cy Young as Tuesday’s win made him the game’s first 10-game winner this season. And we are still in the first week of June. He leads the game in strikeouts and has a 1.95 ERA. Scherzer’s previous immaculate inning came last year against the Philadelphia Phillies. By repeating the feat, Scherzer joins a select group that includes Baseball Hall of Famers Lefty Grove, Sandy Koufax, Nolan Ryan and Randy Johnson.