Another disappointing season under Larry Fedora has led the decision makers at the University of North Carolina to go back in time to bring back Mack Brown as its football coach.

It is hard to believe that it was 30 years ago when Brown was first hired by the Tar Heels. It took a few years for Brown to make an impact. UNC went 1-10 in each of Brown’s first two years, but by the time he left the program to take over at Texas, the Tar Heels had back-to-back top-10 finishes, yes nationally,  and were competing annually with Florida State for ACC supremacy.

Brown has stated that part of the draw to the North Carolina job is the chance to fix things. With the Tar Heels winning just five wins in the last two seasons, there’s an opportunity to spend the next five years rebuilding a program that was starting to trend in the wrong direction, not only in terms of wins and losses, but fan interest.

Brown is leaving behind a comfortable job at ESPN to return to Chapel Hill. Watching him on TV, you could see and hear that he wanted to return to the sidelines.

UNC needed a change, and someone who might be able to bring fans back to the program. Brown could very well be a good hire.

1 – Number of times Andrew Luck of the Indianapolis Colts was sacked by the Miami Dolphins Sunday. This is relevant because Luck had not been sacked in the five previous games. Being able to stand tall in the pocket, Luck led another fourth quarter comeback, and the Colts won, 27-24. It is safe to say that there is a correlation between Luck only being sacked once during Indy’s five game winning streak.

25 – Philip Rivers of the Los Angeles Chargers tied the NFL record for the most completed passes to start a game in a 45-10 win over the Cardinals. Rivers finished 28-of-29 for 259 yards with three TDs.

229 – Christian  McCaffrey was the first Carolina Panthers player ever to go over 100 yards rushing and 100 yards receiving, and the running back finished with a total of 229 yards from scrimmage. However, the Panthers were 3-for-7 in the red zone, and missed a late field goal, and lost, 30-27.

This was a game the Carolina Panthers could not afford to lose.

Seattle has become a rivalry game for Carolina and the Seahawks, like the Panthers, are in contention for a wild card berth in the playoffs.

Ineffective play in the red zone issues, along with continued kicking issues, led to Carolina dropping a 30-27 game to the visiting Seahawks.

The Panthers have now dropped three straight contests. A win against Seattle would’ve erased much of the sting from the drubbing in Pittsburgh and the loss last week to lowly Detroit.

At 6-5, with the 6-5 Seahawks holding a tiebreaker and a lot of other teams back in play, the scramble for the wild card is on.  Carolina’s remaining schedule could be a problem as two of the games are against New Orleans, the best team in the NFC.

I would classify this as a devastating loss for the Panthers. It enabled a number of NFC teams to return to the playoff race. It also illustrated that this team is not very good at this time. 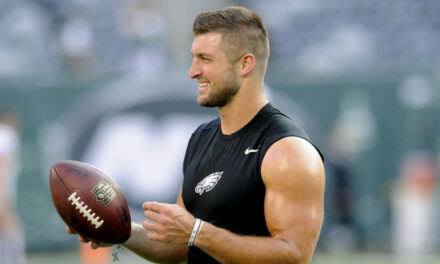