Hickory, NC – The Lenoir-Rhyne University Visiting Writers Series returns for its 31st season, Thursday, Sept. 12, as it presents “New York Times” best-selling author Jonathan Safran Foer at 7 p.m. in P.E. Monroe Auditorium. The event is co-sponsored by long-time community partner, Hickory Public Libraries, who will host a book signing at the Patrick Beaver Library from 5:30-6:30 p.m. before he speaks at LR. For more than three decades, the Visiting Writers Series has provided literary arts programming that is free and open to the public.

While at Princeton University, Foer explored the life of his maternal granddad, Holocaust survivor Louis Safran, for his senior thesis. Foer was awarded Princeton’s Senior Creative Writing Thesis Prize for his work and expanded his prize-winning thesis into the manuscript for a 2002 novel, “Everything is Illuminated,” which earned him the Jewish Book Award and the Guardian First Book Award. In 2005, Liev Schreiber wrote and directed a film-version of the book. In the same year, Foer published his second novel “Extremely Loud and Incredibly Close,” the story of nine-year-old Oskar Schell and his search across New York for the lock that fits his secret key.

In 2009, he published his first non-fiction book, a critical look at the meat industry called “Eating Animals.” The book weaves a personal narrative with an argument for vegetarianism. His newest book, “We are the Weather: Saving the Planet Begins at Breakfast,” uses a similar narrative and rhetorical style as “Eating Animals” as he connects the dots of Earth’s sixth extinction.

“We are the Weather: Saving the Planet Begins at Breakfast,” is also LR’s 2019 Campus Read. All first-year students received a copy of Foer’s book and will have the opportunity to discuss it with their professors and peers in formal and informal settings. Several LR events are scheduled to coincide with Foer’s appearance.

Later this month, Tyson Stock, recipient of the 2019 Footcandle Film Festival award for scriptwriting, is a guest speaker, Thursday, Sept. 26, 2019, at 7 p.m. in Belk Centrum. He will be awarded $1,000 for his piece titled, “Boring and Stupid.” Stock, a Midwest-based writer originally from small-town Missouri, co-wrote the narrative feature film “Saints Rest,” an original musical drama, which premiered at the RiverRun International Film Festival in 2018, where it won the Audience Award for Altered States: New Directions in American Cinema. 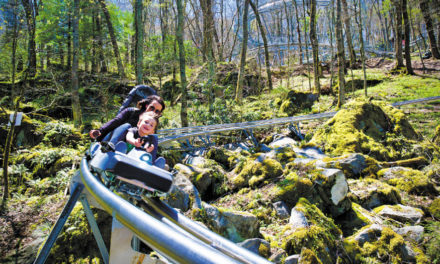