Hickory – The next speaker scheduled as part of Lenoir-Rhyne University’s 2019 Alex Lee Leadership Lecture Series is Lindsay Keisler, president/CEO, Catawba County Chamber of Commerce. She will share her experience and insight as a successful leader Wednesday, March 20, at 6 p.m. in the Fintel Room (room 213) of the McCrorie Center.

Keisler has held several roles during her tenure at the Catawba County Chamber of Commerce. Since February 2017, she has served as the president/CEO and executed critical economic and community development initiatives that led the way for business competitiveness success, fostered the creation and filling of jobs, and developed community leaders.

In addition, she has focused her efforts toward organizational excellence with measurable results including, an increased membership retention rate and overall profitability for the Chamber that has been invested back into their Program of Work for eight consecutive years. Most notably, they were recognized as the 2014 Outstanding Chamber of the Year in North and South Carolina, and in 2016, received national recognition as Chamber of the Year by the Association of Chamber of Commerce Executives.

. Chamber Institute for Organization Management at the University of Georgia and earned her Certified Chamber Executive of the Carolinas designation in 2018.

Keisler is a 2012 graduate of Leadership Catawba, was named one of the Greater Hickory Metro’s Top 10 Under 40 in 2014, was recognized as a 2018 Woman of Distinction by Girl Scouts Carolinas Peaks to Piedmont, and was named one of the 2018 Trailblazers by Business North Carolina magazine.

Keisler is currently vice chair for the Carolinas Association of Chamber of Commerce Executives, a Rotarian, and serves on many local boards and commissions and is active in ministry outreach at her church. She resides in Conover, North Carolina, with her husband, Corey, and their two sons, Jeb and McCoy.

The 2019 Alex Lee Leadership Lecture Series will continue with the following speakers:

The Alex Lee Leadership Lecture Series offers a unique opportunity to attend MBA level lectures and to learn from influential professionals both locally and nationally. The series is designed to help participants understand the dynamics of leadership and identify their own administrative traits and capabilities.

All events are free and open to the public; no tickets or reservations are required. For more information, contact Clem Geitner, LR professor of business, at clement.geitner@lr.edu or 828.328.7346.
Lindsay Keisler 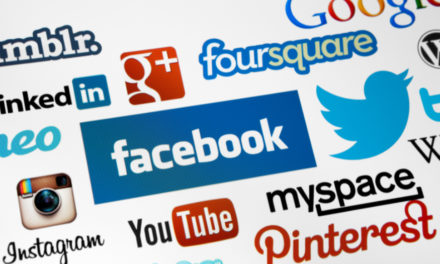 SBC Presents Two Free Webinars For Small Businesses On May 28