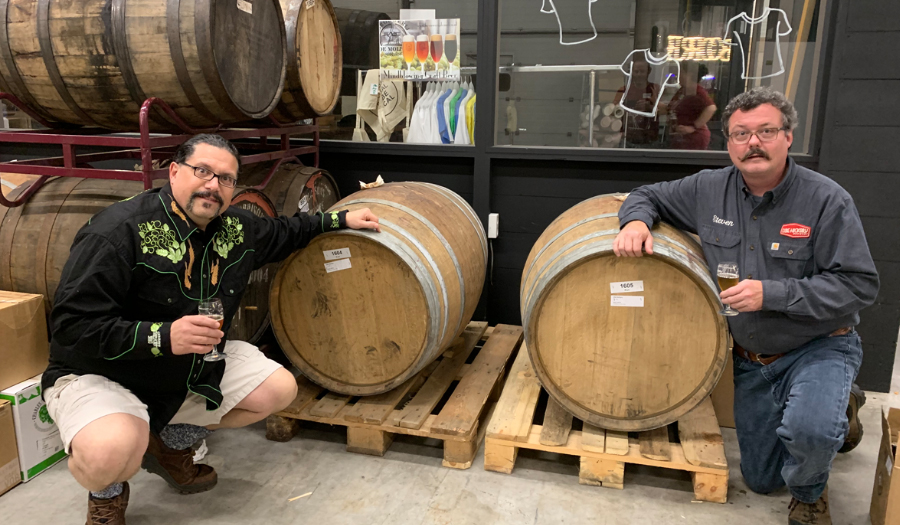 Hickory – Craft beer and Hickory have been a thing since Steven Lyerly and Jason Yates began Olde Hickory Brewery in 1994. Now, 25 years later, they operate the fourth oldest brewery in North Carolina and export to Germany, France, the United Kingdom, and the 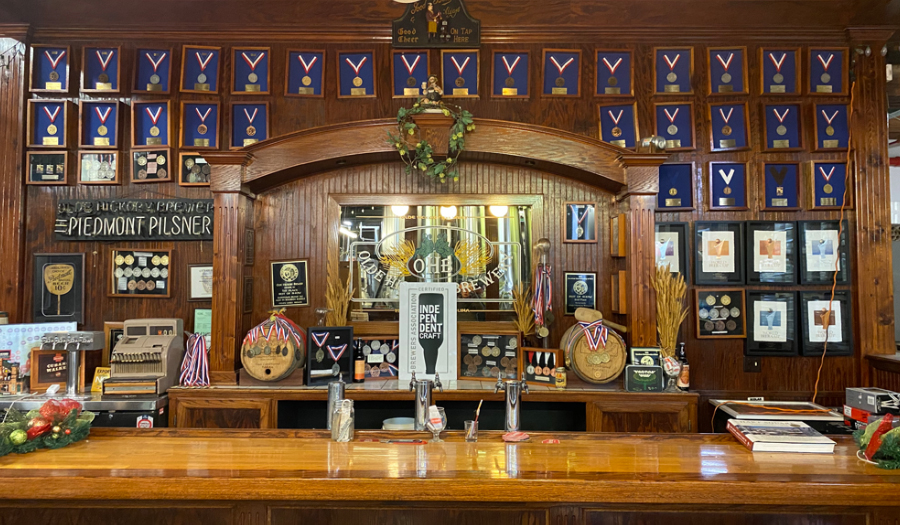 Netherlands. They own three local restaurants, Amos Howards Brew Pub, the first brew pub in our area, Olde Hickory Tap Room and Olde Hickory Station. Each location features their beers and those of other craft breweries on tap and in bottles, cans, and growlers. This is all amazing in and of itself, but lately they have also been brewing beers in the Netherlands. 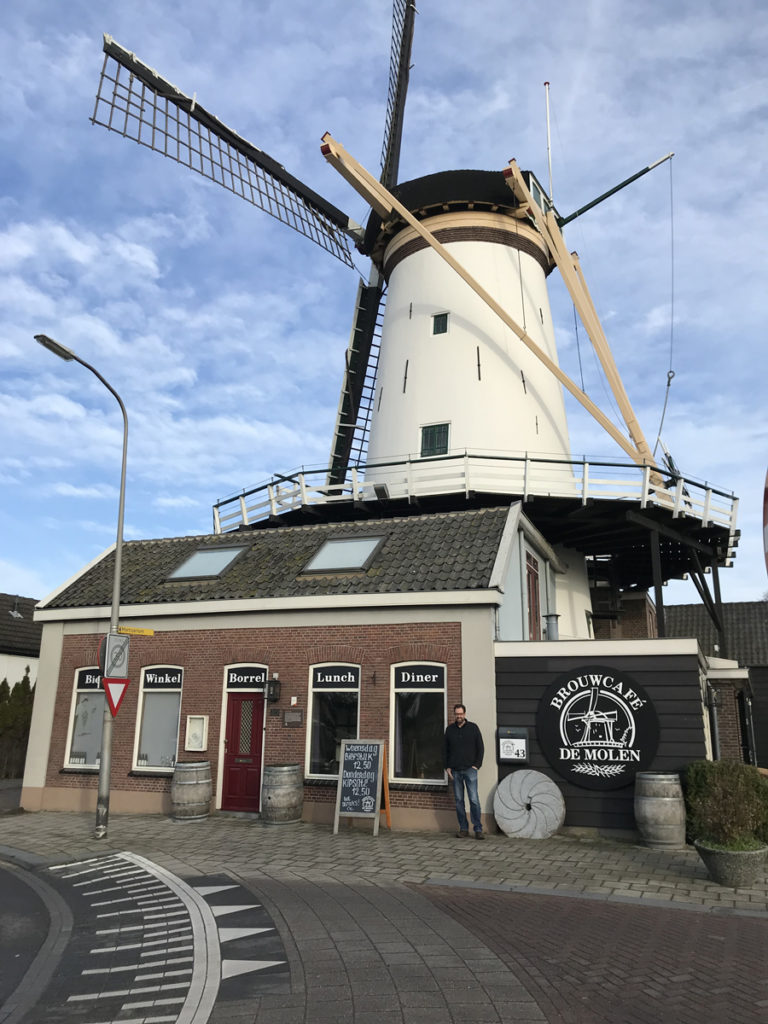 Last year Olde Hickory Brewery (OHB) was invited to participate in the NC Department of Agriculture trip to the Horecava International Trade Fair in Amsterdam where they had a chance to collaborate on some brews and then were invited back by Brouwerij de Molen to the Borefts Beer Festival in Bodegraven, Netherlands. Borefts is one of the largest beer festivals in Europe, and the brew theme for the festival was Indigenous Beer. Steven Lyerly said, “When we received the invitation we were planning on brewing Cabin Fever with Hart Square. In that beer we used local sorghum molasses, and local heirloom corn, and we used the water powered mill at Hart Square Village, that dates back to the 1600’s, to make the grits from the corn. You can’t get more local than that.” 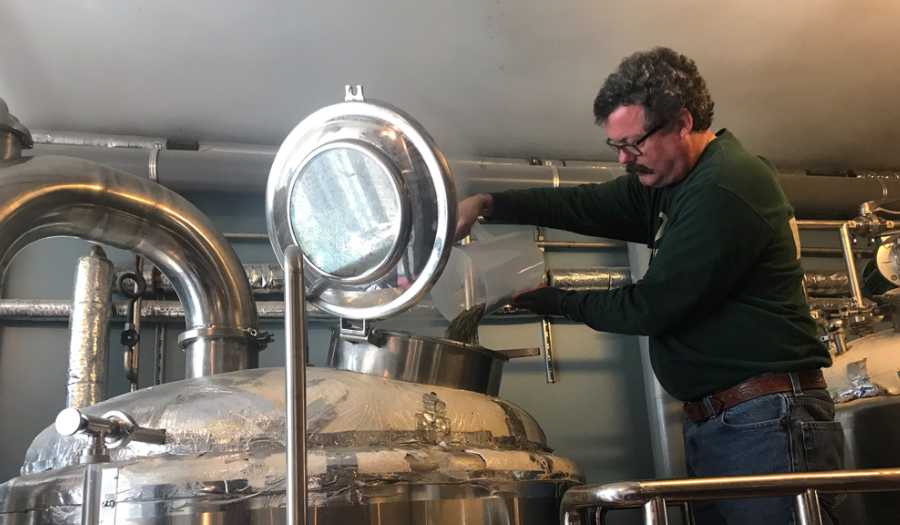 They also took their popular Photon Sphere, Lindley Park, Seven Devils, Irish Walker, Hefe-Weizen, Death By Hops, Imperial Stout, The Event Horizon 2018, Hickory Stick Stout, and a couple from the Spectrum Series to the Borefts Festival. To say Olde Hickory Brewery was well received would be an understatement. Yates and Lyerly went through forty-five kegs while there and totally sold out of their branded merchandise. During the festival OHB beers were trending fifth in the world on Untappd, an app for socially sharing the beers you’re enjoying, where you’re enjoying them, and what you think of them. 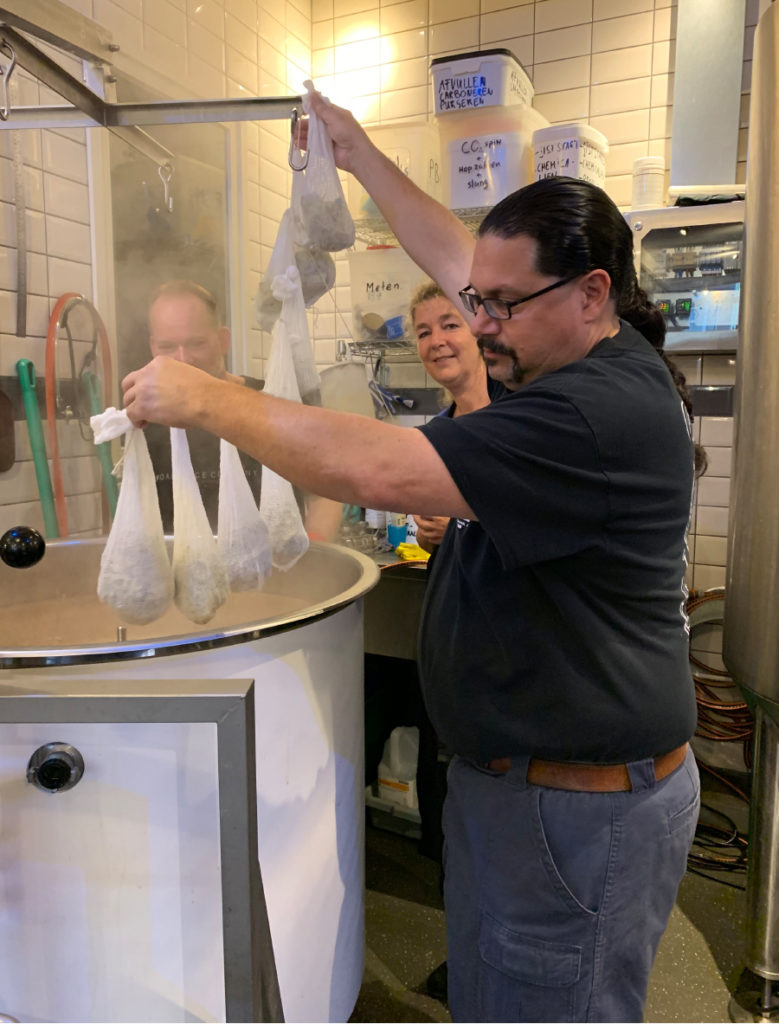 The festival was held at Brouwerij de Molen, which means The Mill Brewery, and it is a functioning windmill with a brew pub at the bottom. Yates and Lyerly were given a tour of the workings of the mill and all parts of it, including the gears, are made from wood. Lyerly said, “It was fun showing the Dutch, who have windmills everywhere, a video of a water powered mill. They had never seen anything like it.” 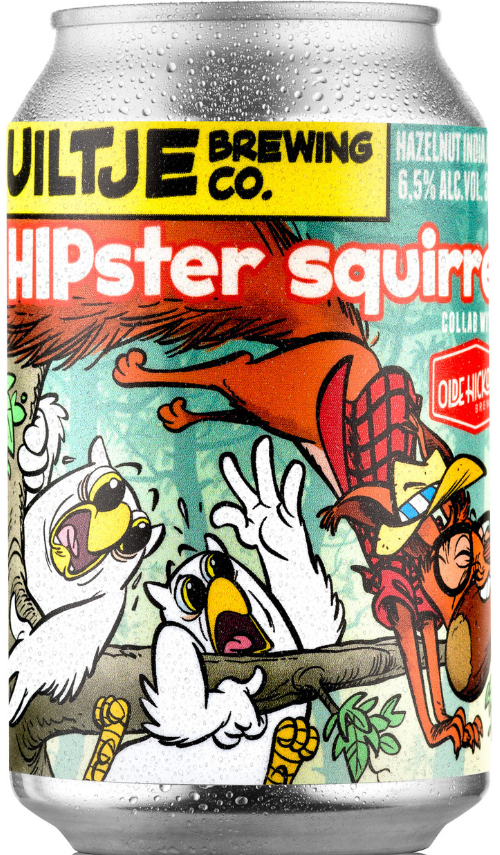 While in the Netherlands they also had a chance to do several Olde Hickory Brewery tap takeovers. While they were at one of them some servicemen came in who were stationed in Germany and visiting Amsterdam. Jason Yates talked with them and found out they were from Pinehurst, NC, and they told Yates, “We’ve been in the Tap Room!” It is a small world.

Lyerly and Yates also collaborated with Jopen, Brouwerij de Molen, Uiltje, Stadsbrouwhuis, and Poesiat & Kater breweries while they were there. Lyerly said, “While we were there (at Borefts) we had a chance to go to Jopen and taste the barrels that we had brewed with them (during Horecava). That was a lot of fun and we talked about some variants they wanted to do. They talked about ingredients and flavors we have no comprehension of, we have no idea what that berry tastes like, never seen it before. We were saying the same things and they’re saying what does that taste like? What is sassafras? We had a lot of fun working on that.” OHB is working with their distributors and importers to get some of those beers here in their restaurants and hopefully enough to make them available in stores. When that happens they would like to invite brewers from the Netherlands to come here to collaborate on some beers and then send those beers back to the Netherlands, and keep it going. Olde Hickory Brewery will keep us posted! 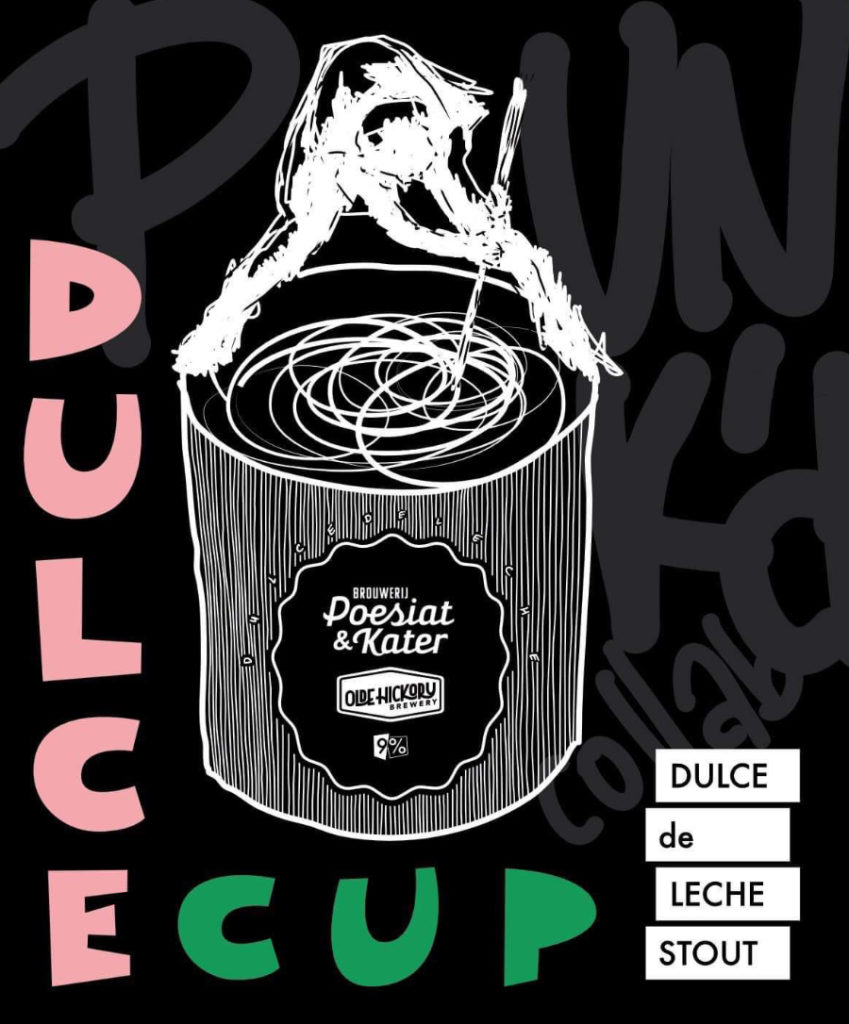 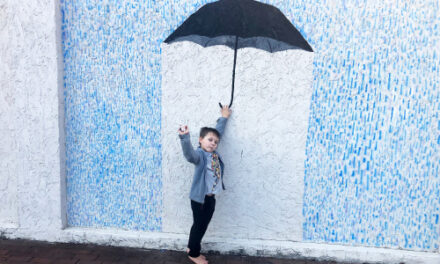 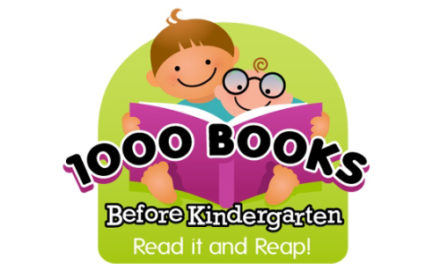