I saw Lend Me A Tenor last Saturday, it’s the comedy that’s playing at Hickory Community Theatre through this Sunday. This timeless, Marx Brothers’-style farce, in which everyone is climbing over each other to get close to the famous, philandering, Italian tenor Tito Morelli, was directed by Rick Seay. Seay found and nurtured an entire cast capable of playing their parts at a level of professionalism that makes their performances look easy, though they’re not, of course. A great movie or television comedy is edited together from dozens of takes into a smooth product. Lend Me A Tenor is as smooth and polished as any top-notch comedy that took days or weeks to produce for mass media consumption.

I’ve still kind of got ‘the thrills’ about how perfect this HCT production is.

It’s 1930s Cleveland, and Morelli—Gregg Colson, new to HCT’s stage and very talented—is contracted to sing the opera Otello for one performance. He shows up late, tired, with his justifiably jealous wife Maria, played by Dorothy Collier Best, who’s flawless as always. Soon the company manager, Saunders, Mark Alton Rose, solid as ever, and ready to explode at any second, discovers she’s left Tito, who, uh, seems to have sort of killed himself. They don’t know he’s not really dead, and thus begins the real fun.

Saunders’ earnest assistant, Max­­—Benjamin Thomas-Reid, whose character is sincere and adorable and Ben’s superb in this part—must perform, impersonating Tito, to save the day.

Max’s true love is Saunders’ beautiful daughter Maggie—Carolyn Oursler, whose enthusiasm as well as comic timing, like everyone’s, is perfect; her crush on Tito is endearing. But, Maggie won’t marry Max til she’s had a fling, just one of many complications that play out in the show.

A celebrity-crazy bellhop, Coleson Berlin, spot-on in his determination to succeed yet be of service, shows up often trying to meet Tito, get his autograph, take a photo, anything —he’s blinded by fame.

Christy Rhianna Branch (Diana) and Hollie Sherrill (Julia) prove small-ish parts are no reason not to make a big impression. Like almost every character in the show, they have designs on Tito for specific reasons. These actresses are witty and sly, sexy and ambitious and their characters are the perfect addition to an already manic situation. Their performances sparkle like their gorgeous gowns, one of which is stunning and one stunningly awful, in the best way.

Saunders and Max wrap up the dead Tito. Max suits up to play Otello, replete in knee pants and a beautiful striped jacket (all of the costuming, by Emma Lee Kurts, is incredible, as is the set designed by Gregg Colson) and the show will go on!

Yet, there’s so much more to the story of Lend Me A Tenor. Don’t just sit there, get your tickets, people! See it and appreciate the excellence of Hickory Community Theatre. Everyone should have a chance to laugh as hard as I did and to watch in wonder as the story unfolds and troubles mount and hysteria reigns for quite a little while­—until love triumphs in the end!

Go to www.hickorytheatre.org or call 828.328.2283. Pricing and times are elsewhere in FOCUS in an HCT press release on page 14, and an ad. There are four more shows, this Thursday-Sunday.

Photo: Benjamin Thomas-Reid and Carolyn Oursler in Lend Me A Tenor. Maggie’s would-be fiancé Max is not giving up just because she has a rather hopeless crush on famous Italian tenor Tito Morelli. In fact, there might be a way he can make that work for him. Photo by Ken Burns. 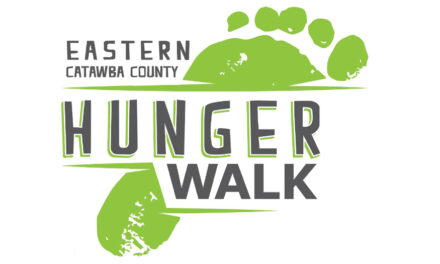 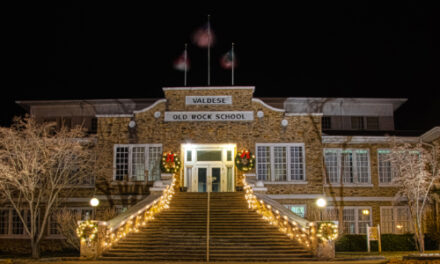