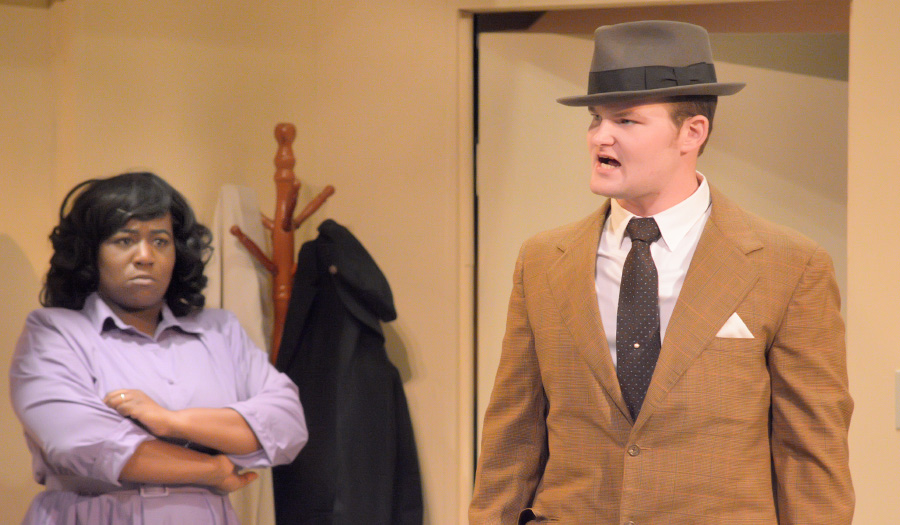 Hickory – This weekend is the last chance to catch A Raisin in the Sun at the Hickory Community Theatre. Performances run Thursday through Sunday in the Jeffers Theatre.

It’s an inspiring tale of hope that debuted on Broadway in 1959 as the first play to be produced that was written by a black woman. Lorraine Hansberry, only 29-years-old at the time the play opened, became the youngest American playwright and only the fifth woman to receive the New York Drama Critics Circle Award for Best Play. In 1960, A Raisin in the Sun was nominated for four Tony Awards: Best Play, Best Actor in Play, Best Actress in a Play, and Best Direction of a Play. Hickory Community Theatre first produced the play in 1969.

PHOTO: Dior Scott as Ruth Younger and Will Vogler as Karl Lindner in A Raisin in the Sun. at the Hickory Community Theatre. The final performances are this weekend, January 31-February 16 in the Jeffers Theatre. For information and tickets visit hickorytheatre.org or call 828-328-2283. Photo by Ken Burns.

Shellem Cline Sings On June 29! Seniors Morning Out Has Many Fun Events For June