I loved director Damien Chazelle’s second film, Whiplash, from two years ago. In fact, it was my favorite film of its year. It’s no surprise, I suppose, that I would respond so strongly to his bittersweet and wistful musical concoction La La Land, which happens to be only Chazelle’s third film. He has shown quite a nice creative growth curve over the course of only three pictures and this one continues his streak of crafting engaging films that are as tailored for mainstream audiences as they are for the art house crowd. It’s certainly likely to please both.

The film is both an ode to movie musicals of a certain time period and a valentine to the famed City of Angels, which is very evident in the film’s title. The biggest influence, and one that will be readily apparent to any film fan, are the films of French director, Jacques Demy. In particular, Demy’s 1964 film, The Umbrellas of Cherbourg, whose influence figures prominently in the denouement of La La Land. In fact, the last ten minutes are a direct homage to that film and that sequence is so moving that it brought tears to my eyes.

Emma Stone and Ryan Gosling, in their third screen pairing together, exhibit palpable chemistry as a pair of career minded souls who fatefully meet in a dance number set on the LA freeway at the beginning of the film. The story follows their ups and downs as he tries to make it as a jazz pianist and she attempts to crack the film business and make it as an actress. There’s an undercurrent of sadness and melancholia that runs through the film that serves as an excellent counterpoint to the song and dance numbers sprinkled throughout the film.

If there’s a quibble in regards to the film it would be that the actual songs aren’t as strong or as memorable as one might like. Still, there’s enough great stuff going on here to almost guarantee a good time at the movies. 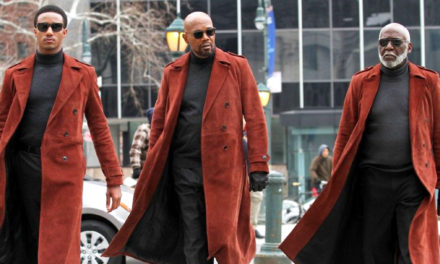