Home » News » Local News » Kick Off The First Day Of Summer With Local Favorite, Rockie Lynne, In Statesville On June 21

Statesville, NC – The official first day of Summer won’t be the same after Country Music Singer Rockie Lynne heats up the stage at the Piedmont HealthCare Friday After 5 Summer Concert Series on June 21st.

Local favorite, Rockie Lynne has appeared nationally on “Good Morning America,” Fox News Network’s “Fox And Friends,” ABC News and has made many appearances at The Grand Ole Opry. He is also the host of the television program, “Operation Build” which airs on A&E Network. Rockie first made a name for himself when he released his critically acclaimed self-titled debut CD on Universal Records, which received rave reviews by The Associated Press, People Magazine and USA Today, to name a few. His music has been featured in both film and television, including “Fox NFL Sunday,” A&E Network’s “Operation Build” and a recent episode of the CBS Network Primetime crime drama “Criminal Minds.”

Rockie Lynne is a veteran of the United States Army and served for three years in the 82nd Airborne at Fort Bragg, North Carolina. After leaving the military, he started performing and quickly earned an enthusiastic following for his crowd-pleasing live show and his chops as a lead guitarist, eventually landing him a recording contract with Universal Records. His debut single, “Lipstick,” spent an impressive 10 consecutive weeks in the #1 slot on Billboard’s Country Singles Sales chart.

The concert series offers FREE entertainment to Statesville’s residents, neighbors and visitors in Downtown Statesville from May through September featuring music of all styles.

The concerts are held in Downtown Statesville on West Broad Street in front of Mitchell Community College from 5:30–8:30 pm. Beer, wine, soft drinks, sweets from Andrea’s Ice Cream & Sweet Shop along with delicious hot dogs & brats from Wilson’s Weenie Wagon will be available for purchase. Bring your chairs and enjoy a great night of music, but no pets, outside beverages, or coolers are allowed.

Don’t forget to bring your cash and stop by to purchase your tokens at the entrance before heading over to the beer and wine tent. Along with a variety of domestic beers and wines, concert goers can cool down and enjoy local craft beer selections.

Parking is available throughout Downtown in our 9 public parking lots. Our partners at Mitchell Community College invite guests to park in their various lots surrounding the event. For public lot details, visit https://www.downtownstatesvillenc.org/maps-directions/ 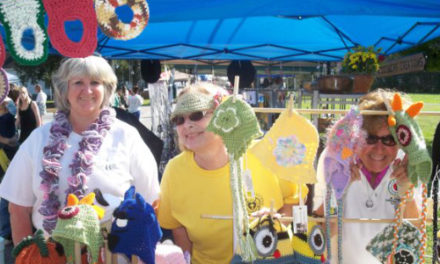