Outside, a Siberian husky mix named Oli shifts between reclining in the shade and following Huston.

It’s not your typical flat piece of land. Pick n’ Grin Farm is situated on a hill, and Huston’s crops are integrated into a forest.

Young willow trees and paw paws sprout at the edge of the property along with pollinator-attracting butterfly weeds, while bright blossoms on sugar maples, water maples and redbuds decorate the interior.

“Being in the woods always brings me happiness,’’ Huston says, as he checks his crops.

Last summer, Huston created fruit leather from the red berries of the autumn olive trees. He also sold elderberry syrup, made from elderberries and homegrown honey, and generated about $1,200 from occasional sales at the Bowling Green and Nashville farmer’s markets.

He thinks it would be fairly easy to replicate for new farmers, and could help supplement income. “It’s a one-time cost to plant them,’’ he said, and they’re pest-resistant, compatible with a lot of soils and are touted as natural flu remedies. “It’s a new sexy crop.’’

In an open area near the house, bees swarm three little stands of stacked pastel boxes – which are actually Huston’s beehives. A single pastel hive wasn’t more than a few feet high, but can produce 100 bottles of honey in a year, Huston said.

“One of my favorite things is mushroom foraging,’’ said Huston, who recently traveled with WKU biology professor Mark Clauson to South Carolina to attend a mushroom cultivation course.

This practice of growing crops throughout woods is called agroforestry. It promotes biodiversity – very unlike the monocrop production of major agriculture. There are several hundreds of thousands of potentially edible plants – but three quarters of the global food supply is generated from 12 plants and five animal species, according to the Food and Agriculture Organization of the United Nations.

In Kentucky, vegetables, fruits and nuts grown for direct human consumption comprise only 0.16 percent of total cropland, according to David Knopf, regional director of the USDA National Agricultural Statistics Service.

(It’s probably safe to assume there aren’t many folks specializing in wild leeks or elderberries.)

In addition to nutrition, sustainable agroforestry aids with water purification and reduces soil erosion and runoff. The tree canopy sequesters carbon from the atmosphere and provides a cool, safe place for wildlife to roam among the mini ecosystem.

Because the land was previously poorly logged, restoration is a large part of Huston’s work. Some trees like ginseng were over harvested. “Once a crop is depleted, it doesn’t grow back well,’’ he said.

And some species, like callery pear trees, “grew like bamboo’’ and had to be cut down. He planted red oaks and wild leeks – which are insanely delicious – where he had to cut down the invasive trees, and used the tree remains to create horizontal rows of protection across the seedlings to ward off squirrels.

Huston doesn’t plan to shun all nonnative species in the future. “As climate changes more over the years, some of the natives can’t survive,’’ Huston said, so there may have to be a mixture of native and invasive species for long-term sustainability. “I went from cursing it to saying, `hey, how can I work with it?’ “

For Huston’s leadership in agroforestry, the Sierra Club Mammoth Cave Group recently nominated him for the Kentucky Leopold Conservation Award, which recognizes farmers or foresters that excel in environmental stewardship.

The award’s namesake is Aldo Leopold, a conservationist known for writing “A Sand County Almanac,’’ in which he encouraged an ethical relationship between people and land.

Award winners are typically “innovative, perhaps in practices or philosophies they developed,’’ Steve Coleman, a former director for the Kentucky Division of Conservation and current state coordinator for the award, said in a previous interview.

“In my book, he’s a perfect candidate,’’ said Eleanor Bower, the chair for the Sierra Club Mammoth Cave Group.

­Huston grew up in Idaho, fished in Alaska in his 20s, and studied music at Belmont University in Nashville, which is where he met his wife, Megan Huston, a minister in Bowling Green who was studying at Vanderbilt University at the time.

The family, which now includes twin daughters, Evelyn and Mae Belle, moved to the roughly 13-acre farm several years ago.

In addition to farming, Huston plays banjo at White Squirrel Brewery on Sunday’s and cares for his daughters. His wife supports him, as this kind of work might be difficult otherwise – at least in the beginning, he said.

“It takes time to do a natural farming system,’’ he said, but “once the systems are established, then all you have to do is pruning and harvesting.’’

Huston hopes the forest-farm will help shape his daughters, who are already exhibiting tree-hugging tendencies.

“The twins pick up acorns, look up at the trees, and say `thank you tree,’ “ Huston said.

As he views sustainable farming as a marriage of science and spirituality, Huston himself wants to grow with the land. He also wants to foster community by sharing this ecology with others – currently, he trades elderberries for milk from a farmer up the road.

He doesn’t necessarily have plans to extend his property to a greater acreage at this time.

“It’s enough to be happy with, healthy and happy,’’ Huston said. 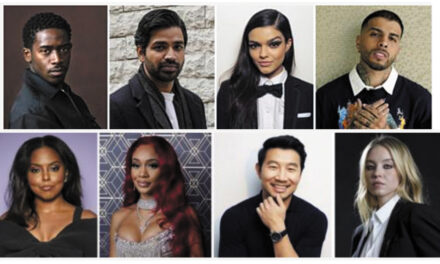 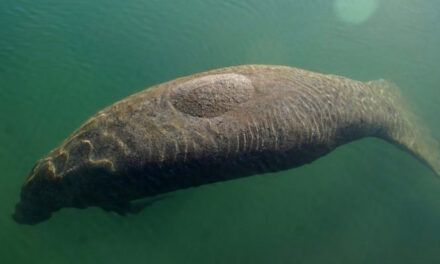 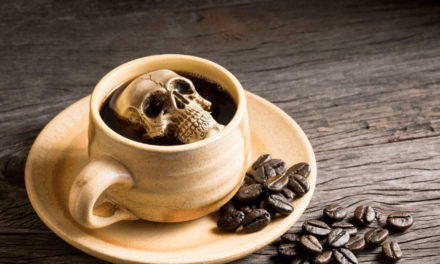