By Megan Wyatt, The Advertiser

Lafayette, LA (AP) – One of the newest restaurants in Lafayette is far from fancy.

It’s inside of an old 1988 motorhome in a gas station parking lot on University Avenue.

But in that repurposed RV, you’ll find Sandra Matheson, whose unassuming eats are well worth the calories and whose inspirational story proves it’s never too late to pursue your dream.

Matheson, 55, struggled with anger and shame for much of her life.

She spent decades in school – both as a student and as an employee – and didn’t know how to read or write.

Still, Matheson somehow made it to 12th grade in New Orleans.

Teachers and administrators turned a blind eye to her academic struggles, even having other students take tests for her so she could continue playing sports, according to Matheson.

“And I didn’t realize it at the time, but they were cheating me out of an education. And I was so angry for so long.’’

She held onto that anger through the years, especially as a single mom raising three children on modest paychecks from the same school system she felt had failed her.

Matheson struggled in the school cafeteria where she worked. But she wasn’t alone.

“There were a lot of us who didn’t know those menus – who couldn’t read those menus,’’ Matheson says.

“It’s embarrassing. But I’d bring my menu home. I’d make a copy of it and study that menu and get it down pat.’’

She wanted her children to understand the importance of education from a young age, so she enrolled in vocational training at Goodwill to earn a better living.

Matheson, in her mid-30s at the time, could pick between janitorial, housekeeping, culinary and cashier programs.

“And I said, `I’m a good cook. I’ve been cooking everything from scratch since I was 8 years old,’’’ Matheson recalls. “And so I did the culinary route. I went to school again. I sat in this class. I failed this class. But I kept going and I kept on.’’

Matheson’s instructor at Goodwill realized she couldn’t read after she failed written tests on topics she excelled in during hands-on and oral lessons.

He pushed her to keep at it.

Matheson tried to let go of some of the anger and shame that plagued much of her young life and accept his help.

Matheson eventually earned a culinary certificate that helped her make almost twice as much per hour in the school cafeterias where she worked.

But even with the extra income, Matheson still relied on social services to provide her children.

She worked a second job as a janitor, enrolled in cake decorating classes and began catering for friends on the weekends to make ends meet.

“I just had to let my children know that you can make a decent living if you have a decent education,’’ Matheson says. “You don’t have to stay at the bottom of the totem pole.’’

She and her children were rescued by boat from the New Orleans projects where they lived.

Her older daughter and son, who were young adults at the time, were sent to an emergency shelter in Texas.

Matheson and her younger daughter, LaTanya, 16 at the time, were sent to Lafayette’s emergency shelter at the Cajundome.

As their days in Lafayette blurred into months, they moved from the Cajundome to a local church to a modest apartment.

LaTanya would later graduate from Lafayette High, and Matheson would work in the cafeterias at Live Oak Elementary, Woodvale Elementary and Edgar Martin Middle schools.

But in the meantime, as they settled into a new life in Lafayette, Matheson accepted any help she could get.

“Ever since I came here, I’ve met so many positive people,’’ Matheson says. “So many people came into my life that helped me get to where I am today.’’

Matheson was able to purchase a home through Habitat for Humanity’s Affordable Homeownership Program, and she connected with an adult literacy organization called VITA or Volunteer Instructors Teaching Adults.

She was reading at a first-grade level in 2006 when she was matched VITA volunteer and retired teacher Angela Fangue.

If you’ve ever tried to learn a foreign language as an adult, you know how tempting it is to give up.

“No, no,’’ she says. “I never had a point where I wanted to give up. I never tried to stop. That reading was so important to me.

“It was so important for me to get it because life is so hard without it. And I lived that. I lived that, baby. I can’t never forget it. I can’t stand it. Thank God I had such a drive.’’

Fangue worked with Matheson for a few hours each week until Matheson was able to read at a fifth-grade level.

Their mentoring relationship developed into a friendship, and Matheson often told Fangue of her dream to open her own food truck.

Fangue encouraged her to save money and “keep on plugging.’’

But when Matheson asked Fangue to help prepare her for the ServSafe test last year, Fangue was worried.

“I thought it was a heavy goal,’’ Fangue says. “When we first started, I wasn’t discouraged, but I wasn’t sure that we’d be able to accomplish this goal.’’

Although Matheson learned how to sight-read during their decade together, she still couldn’t sound out words phonetically like most readers.

Fangue agreed to help Matheson prepare for the exam with VITA’s support.

“I knew that if she was determined, there was a possibility that she could do it,’’ Fangue says.

After a year of studying, they agreed that it was time to take the test.

Matheson answered 89 percent of the questions correct on her first attempt at the ServSafe exam.

A passing score is 75 percent.

“I started crying,’’ Matheson recalls. “I was in tears. It was just like a diploma, like I had graduated from high school. I was so excited.

With the certification in hand, Matheson focused on transforming a 1988 Allegro motorhome into a food truck so she could share her creations with Cajun Country.

“You got to really bring it when you cook something in Lafayette,’’ she says. “It’s hard to please Lafayette people because they’re used to all that good food, you know?’’

Eventually, she plans to add more options, including her specialty: a spicy stew of shrimp, crab, smoked sausage and potatoes over rice.

How is Matheson feeling about finally achieving her dream?

“Beautiful,’’ she says. “It’s overwhelming. It makes you feel all mushy inside – all teary-eyed, you know? – to open your own restaurant. It’s so exciting.’’

Matheson opened Sandra’s Creations on St. Patrick’s Day, and Fangue was the first person ready to place an order at her food truck’s window.

“I was anxious to see it,’’ Fangue says. “It’s impressive, but it’s not surprising. Sandra has such a positive attitude. She can get things done.’’ 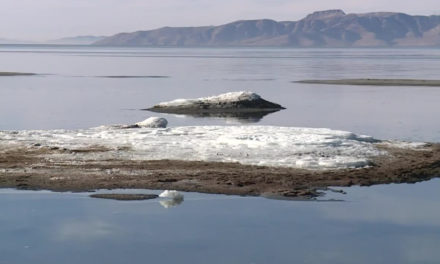 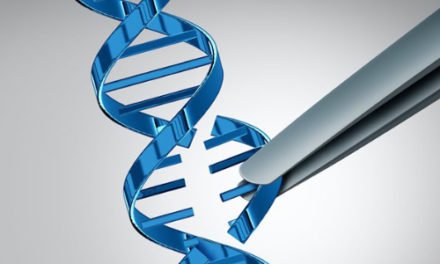