Winston-Salem, NC (AP) – Loretta Coleman began working at K&W Cafeteria in a time before man had visited the moon and The Beatles were just rising to fame.

Much has changed over the past 55 years, but Coleman’s dedication to her job has remained.

Coleman, 77, has become a fixture at K&W, infallibly crafting the mac and cheese every morning at the Peters Creek Parkway restaurant in Winston-Salem.

Affectionately known by co-workers as “Mama’’ or “Mama Lo,’’ Coleman started working at K&W by chance.

Her sister was a manager at the restaurant in the 1960s and got her a job there, she said.

Coleman, who had just graduated from Atkins High School, progressively learned all the jobs the restaurant had to offer, filling in where she was needed.

Coleman has worked for K&W for a significant portion – two-thirds – of the company’s existence.

K&W was founded in Winston-Salem 82 years ago, with its original location on Cherry Street.

It now has about 2,500 employees at 30 locations across the Carolinas, Virginia and West Virginia.

Coleman is one of the company’s longest-serving employees, joining an elite class of individuals who have worked for the company for 50-plus years.

After 55 years, Coleman is on the heels of retired K&W employees Charlie Brown – who worked at K&W for 69 years – and Hattie Watts – who worked for 65 years.

“It just means the absolute world to us that people, like Loretta and Charlie and Hattie, would stay with us for so long and work so hard,’’ said Julie Long, K&W’s director of marketing. “We view this family-run business as a true family, so our employees and customers are part of that family.’’

Many employees have made lifelong careers at the family-run business, said Megan Coakley, a manager at the Peters Creek branch.

“I can think of another four people, off the top of my head, who have worked here 20-plus years,’’ she said. “But 55 years is definitely a milestone. I’d have to live well until 100 to be here that long.’’

With 55 years of service under her belt, that’s more than 14,000 shifts and Coleman makes the most of each one, always going above and beyond, co-workers said.

“She’s motherly, she’s very detail-oriented,’’ Coakley said. “She’s a stickler for the rules. She will definitely let new people know if they’re not doing something right.’’

Coleman – who has six children, 10 grandchildren and 23 great grandchildren – said she’s learned a lot from her time at K&W from cooking to appreciating life. 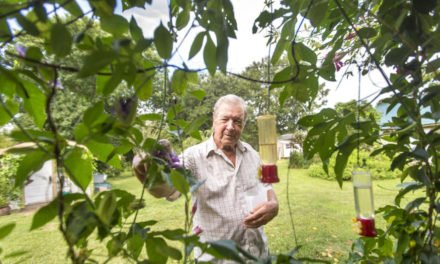