Hickory – Local actress Jill Grose has the leading role in “Glorious!” a play by Peter Quiller, which follows the story of Florence Foster Jenkins, a real life character from the 1940’s known for her horrible singing and indomitable spirit.

Grose, who has been on the Hickory stage recently in two other iconic roles, Mrs. Paroo in The Music Man and Madame Arcati in Blithe Spirit is thrilled to be taking on the task of playing Florence.

When asked what drew her to audition for the role she said, “Florence is an unforgettable character to play with lots of fun lines. Just don’t compare me to Meryl Streep, please.”

Grose is referring to the recent film, “Florence Foster Jenkins,” which played in movie theatres last August to rave reviews. Although it follows similar events to the movie, Glorious! is a more intimate story in the singer’s life.

Grose went on to say she is thrilled to be working with a very talented cast and director (Peter Bost) though it is challenging to have to sing so badly, and in a foreign language.

The Hickory Community Theatre is a Funded Affiliate of the United Arts Council of Catawba County. Glorious! is the second Firemen’s Kitchen show in the Theatre’s 68th season, sponsored by Paramount Automotive and A Cleaner World, and is produced by Robert Abbey, Inc. 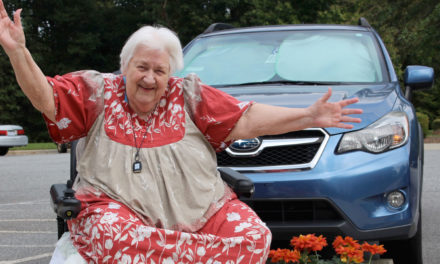