Posted by FOCUS Newspaper | December, 27, 2018 | Have Chainsaw Will Travel

“Sir… sir!” (shake shake). “Sir… Mr. Chainsaw sir, I need you to get up!” No… no you don’t. The feminine owner of the insistently irritating voice raises a corner of the blanket pile. It’s The Secretary (HCSAWT’s home office secretary- “The” is actually her name) of course who peers inside my sanctuary of coziness. “Mr. Saw sir,” she pleads, “you must rise and compose this week’s column entry and submit it to Focus’s skilled editorial staff. You must do so in a timely fashion, so as not to cause conflict and/or delay that will inhibit weekly publication!”

Sigh, no The I mustn’t and it won’t. This week falls into one of those rare niches that exist between holidays. There is no need to write because there’s nothing to write about… I got nothin! So we take the day and submit an appropriate classic column and be done with it. “Sir!” she persists, “I feel that this post- holiday pre- resolution time would be appropriate to address the issue of it being cold outside!” I am already addressing that issue right now- it is cold outside! Which is why I’m keeping my happy a** inside! “No sir,” she proclaims yanking back the covers, “I’m not speaking of the current weather conditions outdoors but rather the song!”

Sitting up on the edge of the bed, I quirk a brow at The. Seriously? You want me to write an article addressing the controversy of a Christmas song? First of all, by the time anyone reads this, X-mas will be over. Secondly- there is no controversy, just people looking to find offense in something, as they always will and do. And thirdly- anything to be said or argument to be

made about this song has already been said and argued; we’d just be rehashing old news. “Well first of all sir, it isn’t even Christmas yet while this is being written.” The states almost defiantly, “Second of all- it is a controversy and offensive! It’s a song about date rape!” She deflates some and continues, “And thirdly… sigh… you’re right Mr. Saw… there is no point in saying what has been said if those who heard it didn’t want to in the first place.”

Tell you what we’ll do The. Instead of debating the inappropriateness of informing infants of inclement weather (that’s rather clever) why don’t we try to find a song that you feel is appropriate for the season? That way readers know what songs, via your opinion, can be listened to next year without fear of banning. The considers this, “I like that idea sir, let us begin without delay- we are on a schedule. You sing a few bars and I will opinionate upon the chosen festive music selection.”

O.k. then we’ll start with one of my personal favorites – Oh there’s no place like home for the holidays…and you’re already shaking your head. “Sorry sir, but that song may offend the homeless or those who can’t get home for the holiday.” Alright… how about- It’s beginning to look a lot like Christmas… every… where you…go. “That tune won’t go over well in lower rent districts where they can’t afford for it to- look a lot like Christmas.” Well you do have a point… X-mas is costly. Oh how about- Rudolph the red nosed reindeer? “A red nose indicates severe alcoholism and may encourage underage drinking. Also Rudolph’s segregation and rejection from the other reindeer, due to his alternative physical appearance, simply screams racial oppression and bullying.”

Wow, digging deep aren’t we? Ok I won’t even bother with Santa Baby (if looks could kill) how about- Frosty the snowman was a jolly…happy…soul…no? “With his corncob pipe he endorses underage smoking and rebellion against authority figures- he only pauses a moment when a law enforcement officer requests him to cease and desist!” Hmm that’s kind of a valid point, so let’s try- Said the night wind to the little lamb- do you hear what I hear? “Absolutely not, that one is surely to bring objection from the hearing impaired!” Wait… what? How can someone who can’t hear be offended by not hearing a song about hearing something they can’t hear… what?

All hail the jolly fat man… “Obesity is not a joke and “fat” isn’t a PC term!” Grandma got run over by…a reindeer…never mind…umm, you better watch out, you better not cry, you better not pout I’m telling you why. “Manipulation of a child’s behavior thru threats and the promise of reward is not an advised parenting practice.” The do you even have kids… did you even have a childhood. “No sir, I don’t and yes sir- sadly I did…it was the worst 3 ½ years of my life. Shall we continue?”

I’ll spare you the next hour and 47 minutes we spent going over every X-mas song I could remember and a few we had to look up on the internet because I couldn’t. In the end The Secretary’s Christmas playlist came down to- Oh Tanenbaum, anything by Manheim Steamroller (no words) and You’re A Mean One, Mr. Grinch; the latter on the condition it was sung in the Tony the Tiger voice.

Satisfied that her offended opinion had been voiced, The gathered her things. “If that will be all Mr. Chainsaw, I will take my leave and begin allotted holiday leave of absence… which you have delayed.” Which I have delayed??? Woman you woke me up!!! “Yes, yes I did,” she says with an almost smirk, “and in doing so have allowed your readers a fresh bit of newsprint as opposed to a rerun.” With this The turns to leave but pauses when I speak. You know The, you probably wouldn’t find so much offense in everything if you didn’t look so hard for it. Looking over her shoulder she smiles and says- “This is probably true, I’m almost sure that it is but if people like me didn’t find so much offense then what would writers like you find to write about…Merry Christmas, Mr. Chainsaw.” 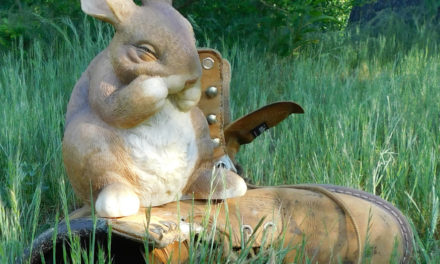 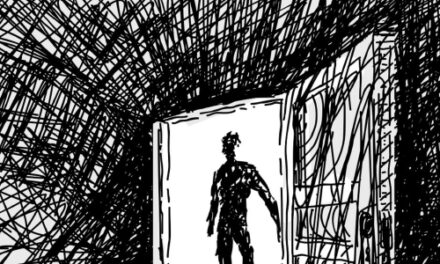