Injured Deer Runs Into Hospital And Climbs Up Escalator

Baton Rouge, LA (AP) — A deer ran through the front door of a Louisiana hospital and climbed up an escalator Monday before it was captured and later euthanized because of injuries.

News outlets reported that surveillance video showed the animal bounding into Our Lady of the Lake Hospital in Baton Rouge through an open door and stumbling on the slippery floor as stunned workers and visitors watched from a few feet away. 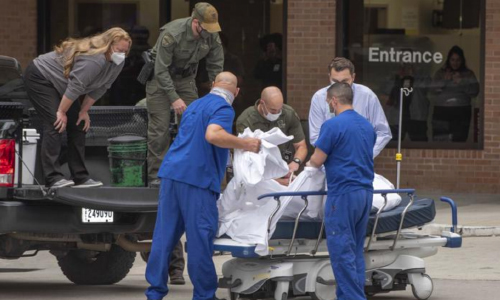 The deer regained its footing enough to climb up the down escalator and reach the second floor, where it was finally corralled and held down by several people, including a law enforcement officer and another person in scrubs. The deer was loaded on a hospital bed that was rolled outside to a truck from the The Louisiana Wildlife and Fisheries Department.

The animal had to be euthanized because of injuries, the agency said, adding there were indications it may have been struck by a vehicle before entering the building.

“Patient care has not been interrupted and the area is being thoroughly sanitized,” said a statement by the hospital. “While most unusual in any busy regional medical center, we assume the deer may have wandered in from nearby Ward’s Creek.”

Photo: Louisiana Department of Wildlife and Fisheries and Our Lady of the Lake hospital employees load a deer into the back of a LDWF truck after removing it from the hospital, Monday, Nov. 15, 2021, in Baton Rouge, La. The deer ran through the front door of the Louisiana hospital and climbed up an escalator before it was captured and later euthanized because of injuries. 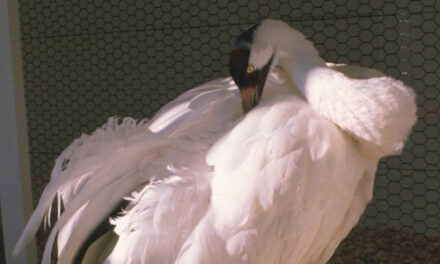 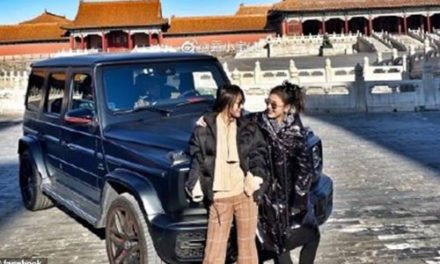