I Dream Of Racing 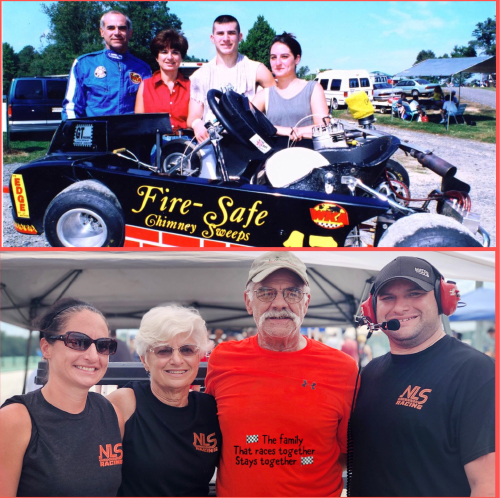 For most of us, racing is a dream. A dream that you might have as a kid when you’re laying in your bunkbed at night after playing countless hours of MarioKart with three of your closet friends. Maybe as an adult, you daydream about being the next Formula 1 driver like Ayrton Senna or Micheal Schumacher as you’re driving down the highway on the way to your annual family reunion. For the majority of society, that’s where our journey ends….with a dream.

My journey began in 1996 in Bowie Maryland, where I met my “soon to be wife” Erica (Beisler) Brown in Mrs. Wilsons 10th grade English class. Her father, Chris Beisler, was very enthusiastic about racing. For most of his life, Chris was always involved in racing. You would either find him driving a race car, a go-kart, fixing an engine, or even repainting old antique cars. Chris’s love and passion for racing was and always will be an inspiration to so many of us. When Erica’s brother, Cliff Beisler, was old enough to get behind the wheel, Chris put him straight into Go-Karting. Most of todays famous race car drivers got their start in go-karting and that’s exactly what Chris was going to do…keep the love of racing in the family. Virginia ( Ginny )Beisler, Chris’s wife, was always there to support them. She was there to make sure they ate a decent meal, cook brownies for everyone, and even run around to different kart drivers to see if they had a part that was needed to fix the their kart before the next race. Over the years, they raced track upon track all over the country. Cliffs long time friend, Corey Danley, would go with them all the time to help work on the karts in between each part of the race. Thats where they met Dan Koehler. Dan was and still is an amazing kart driver. Dan has countless trophies and 25 WKA (World Karting Association) championships. The three of them were inseparable. I helped out when I could, but wasn’t always there to lend a hand.

After graduating high school in the summer of 2000, Cliff and Corey decided to attend the Bobby Issacs Motorsports program at CVCC here in Hickory. Thats where they met Jeremy Boyce. He had moved from the Outer Banks to enroll in the same program. The three of them were part of the Hooters Pro Cup Series. There, they learned to build race cars. Dan went on to UNC Charlotte to get his engineering degree. Erica and I stayed in Maryland to start raising a family.

As the years went by, Erica’s parents decided to retire and move to somewhere in between Maryland and North Carolina so they could be closer to Cliff but not too far away from Erica and I. Since we loved the Hickory area so much, we decided to all move to Hickory together. So, in 2006, we packed up the wagon and headed south. 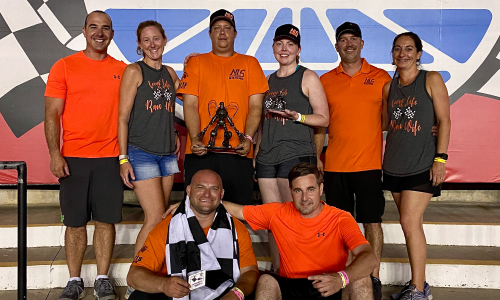 At this point, several years had past and everyone was starting a family of their own. In September 2013, Cliff learned of a race series called ChampCar Endurance Series (formerly Chumpcar World Series). ChampCar is a race series that allows “everyday joes” to take any car you want and build it into a race car as long as it conforms to all the safety regulations and guidelines that are required by the series. Cliff, Corey, and Jeremy spent months researching and even attending race events to get a better understanding of how the series worked. Thats when Cliff asked Dan and I to join the NLS Racing team. ChampCar Endurance Series races all over the country and now even in Canada. Each race can last as long as 7 hours up to 24 hours long. Thats right, just like the 24 Hours of Le Mans for everyday people like you and me. You don’t even need to have the knowledge to build a race car. ChampCar allows what is called “ arrive and drive” drivers. So, even if you’ve never turned a wrench before, you can get in contact with other race teams that are looking for rental drivers. You just have to know that there is usually a “ if you break it, you buy it “ policy that comes with renting a seat with a team. Let’s be honest, building an amateur race car isn’t cheap but it’s a lot cheaper than say Nascar or Formula 1.

In 2014, the NLS Racing team decided to build a Nissan 240sx based off their fuel tank size, rear wheel drive and superior handling. In July 2014, we purchased 2 junkyard Nissan 240’s and began to disassemble one of them to build our car. Over the next 18 months, we completely stripped the car down and rebuilt it from the ground up. Starting with an empty shell, we began to build the roll cage. Once that was complete, we painted the interior of the car as well as the engine compartment. We installed new and used parts for the factory suspension, a newly rebuilt engine, new wiring harnesses and all other safety equipment required for racing in ChampCar Endurance Series. It was more work than we anticipated but it was worth it when it was complete. 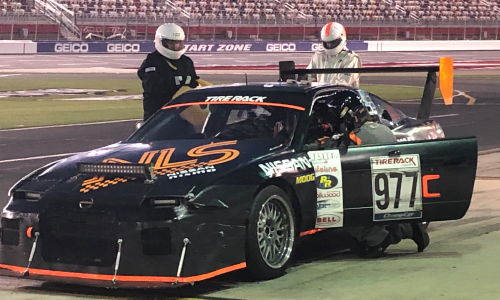 NLS RACING performing a pit stop during the “Racing Radios” 14 hrs at Charlotte on July 11th, 2020. NLS captured their 1st win at this race 2 weeks ago.

Over the course of the last 5 years, we’ve raced over 18 races with this car at several tracks across the southeast. Tracks like Virginia International Raceway, Road Atlanta, and even Charlotte Motor Speedway. We’ve had our fair share of ups and downs throughout the years, but we never gave up and always overcame adversity because racing isn’t always about winning when you have a love for the sport and the support of your family. We have several top 10 finishes, 2 class wins and most recently a 1st place overall finish at Charlotte Motor Speedway. Sadly, we lost Chris Beisler last October to cancer, but the team promised him that one day we would win a race for him. This win is for you Chris!! You were a racing role model to all of us and taught us to never give up. Finally it paid off!! Our family motto has always been “The family that races together, stays together.” and I can say whole heartedly that this team and everyone involved with it is….my family.

So as you can see, sometimes dreams can come true. We may not be featured on ESPN or televised on NBC like Nascar, but we get to race wheel to wheel with other people just like us, who do it for the love of racing. You too can race if that’s your dream, don’t let anything hold you back.

Our team will be racing next at the Lifeline 24hr classic, on August 8th, held at the Virginia International Raceway.

And for info on ChampCar visit www.champcar.org