By ABBEY MARSHALL, The Columbus Dispatch

Johnstown, OH (AP) – Carson Stroupe knelt down and picked up what to the untrained eye looked like just another rock in the field.

“I think I got one,” the 11-year-old said as a smile spread across his face.

His exclamation broke the silence, aside from the rustling corn husks bending in the breeze and the snapping of twigs under his muddied boots.

Jake Schneider took the stone into his hands and flipped it over, examining the curves and shape the way only an expert eye could.

“Congratulations,” he announced, clapping the boy on the back. “You found an arrowhead.”

The two had been in the field for only 10 minutes, and Carson already had uncovered an artifact from thousands of years ago.

Most kids wouldn’t want to spend their summers meticulously walking the rows of a cornfield, squinting as they scan the topsoil. But the Delaware boy was at peace falling into the well-rehearsed routine: walking down a row slowly, scouring the rows on either side for pieces of flint, careful not to step on the growing husks of freshly-planted corn stalks, back and forth for hours on end.

Even though Schneider, 59, of Clintonville, has been doing this sort of thing for much longer than Carson, five decades, in fact, he said the thrill of finding an arrowhead never wears off.

“It’s like an adult Easter egg hunt,” explained Schneider, president of the Six River Valley chapter of the Archaeological Society of Ohio based in Westerville.

Artifact hunting is a pastime for many people in rural Ohio. The state is home to the oldest and largest archaeological society in the United States with about 1,900 members, and the reason is simple, Schneider said. Ohio is a major source of flint, which prehistoric Native Americans used to create tools and weapons dating back 14,000 years. The state also has many rivers and streams that flow through it, transporting artifacts.

There is just a short window of time for artifact hunters to make their finds each year, early in the summer.

Even though pacing the rows of a giant field in the hot June sun may prove uncomfortable, the field is freshly tilled at this point, uncovering a new layer of soil potentially filled with artifacts. Rain settles the soil and washes dirt off the flint, probably broken into fragments of the original arrowhead, to reveal its natural, shiny black exterior. And crops aren’t yet tall enough to cast a shadow to obstruct sight of the ground.

Carson stumbled upon the hobby through a 4-H Club project on archery. While researching the sport, he came across Native American history and became infatuated with arrowheads and artifacts. He did some research, found the local chapter of the Archaeological Society of Ohio and asked for a membership for Christmas. He is now the youngest member in the chapter.

Schneider said he is thrilled to pass along his knowledge to the next generation. A majority of the organization is older, he said, and have been artifact hunting for decades.

People such as Schneider were introduced to the hunt at a young age by their parents. Sue Radabaugh, 64, of Circleville, began hunting with her father when she was a child.

“It was a tremendous bonding experience that followed me into my adult life,” she said. “You pick something up that someone created thousands of years ago. It’s been in this field for so long, and you’ve just found it.”

Some have called into question the ethics of collecting arrowheads, which in Ohio usually predate modern tribes and are from prehistoric eras, both culturally and historically. Shannon Keller O’Loughlin, the executive director and attorney for the Association on American Indian Affairs, acknowledged the tension.

“Even though Ohio has no federally recognized tribes, there are still vestiges of communities there and tribes outside Ohio that are affiliated with those original lands,” said O’Loughlin, a citizen of the Choctaw Nation. “A fair warning is if you’re going to do this responsibly, you should keep a record and consult the state historic preservation office. If you uncover human remains or burial items, you should absolutely stop and go no further.”

She added that research and acknowledgment of not only history, but also the present, is necessary for a rich understanding of those artifacts.

“People who just go and pick up things they find without time, research or context is harmful,” she said. “It’s more than a toy or a cool thing to put in a shadow box behind glass. That’s feeding into the stereotypical ideology that Indians are a thing of the past and they’re gone now.”

Still, Radabaugh believes her hobby is a sign of respect.

“I’ll never sell any of my collection,” she said. “I would never want to benefit off that. The Indians were here first, and we took their land away. Each time I would go in the field, I would say a little prayer to think of them.”

Brad Lepper, curator of archaeology at the Ohio History Connection, warned against the dangers of amateur hunting.

“It’s really upsetting when amateurs cross the line looking for arrowheads by digging up burial mounds,” he said. “That’s crossing the line into pillaging and looting, rather than following a legitimate hobby.”

Another issue is trespassing. Whereas experienced hunters know to seek out permission from the farmers whose land they hunt on, some amateurs wander into fields and disturb crops.

The most important way to collect artifacts responsibly, Lepper said, is cataloguing finds and sharing that information with historians. For example, hunters should record where they find an artifact and ask a historian to date it for them. Their finds can be added to the Ohio archaeological inventory database available to archaeologists.

“I was able to develop a settlement model from information dependent entirely on amateurs telling me where they found artifacts I was interested in,” Lepper said. “If they didn’t write it out, that information is lost forever.”

Schneider catalogues and labels each one of his finds in his ever-growing collection of about 10,000 pieces, including flakes of flint, arrowheads, prehistoric knives made of rock and more. He urges all responsible collectors to do the same.

There is a lot more involved to artifact hunting, Schneider said, than simply picking up a rock in a field. It requires a lot of research and love of history,  a passion that Carson certainly has. He said he wants to be an archaeologist when he grows up.

“I love the thrill of finding things and learning about the pieces I find,” he said. “It’s cool that you can be the first one to touch something for thousands of years.” 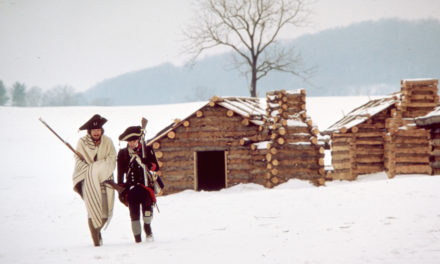 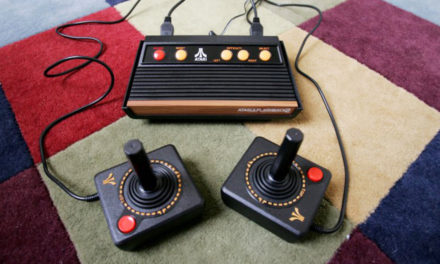