Hundreds Show Up In Nebraska For Fight Over The Name Josh 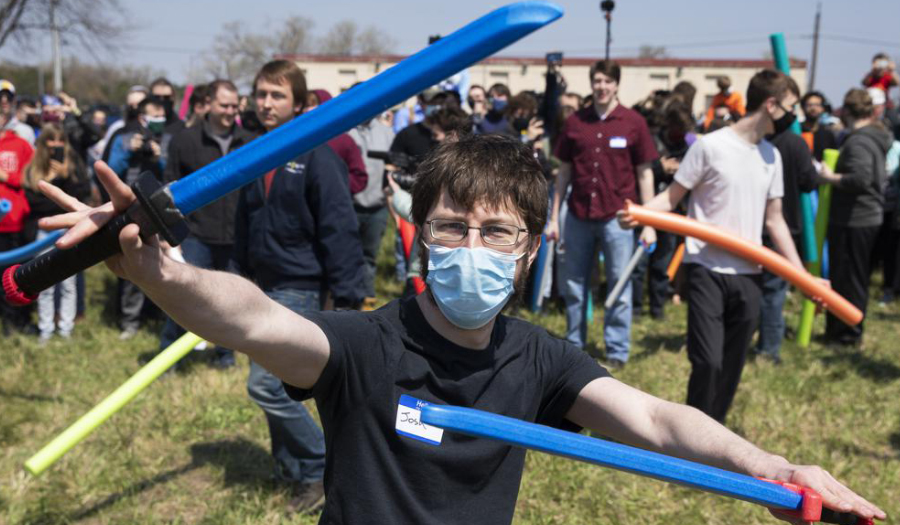 Lincoln, NE (AP) — A fight over the name of Josh drew a crowd from around the country to a Nebraska park Saturday for a heated pool-noodle brawl.

It all started a year ago when pandemic boredom set in and Josh Swain, a 22-year-old college student from Tucson, Arizona, messaged others who shared his name on social media and challenged them to a duel.

Hundreds showed up at Air Park in Lincoln, a location chosen at random, to participate in the silliness.

The festivities started with a “grueling and righteous battle of Rock, Paper, Scissors” between the Josh Swain from Arizona and another Josh Swain from Omaha. KLKN-TV reports that the Arizona student won that competition, allowing him to claim the title of the true Josh Swain.

The pool-noodle competition that followed was open to anyone with the first name of Josh. The victor of that competition was a 4-year-old boy, who was coronated with a Burger King crown.

Swain, the organizer, said he is a little surprised about how the whole thing blew up: “I did not expect people to be as adamant about this as they are right now.”