Hundreds In California Line Up For Blooming ‘Corpse Flower’ 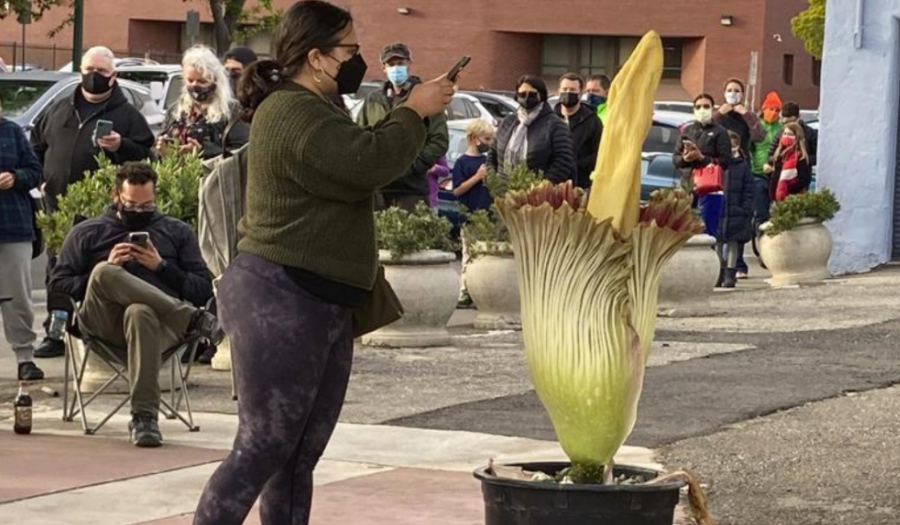 Alameda, CA (AP) — Residents of a San Francisco Bay Area city flocked to an abandoned gas station to get a whiff of a corpse flower, so-called because of the stench it emits when it blooms, after its owner decided to share the rare plant with his neighbors.

Solomon Leyva, a nursery owner in Alameda who deals in exceptionally rare plants, had been posting on social media about his amorphophallus titanum. When he saw a lot of interest in the giant blooming flower, he decided to wheel it Monday to the abandoned building, where a line of people stretched down the block for most of the day, the San Francisco Chronicle reported.

“I grabbed my wagon, went down to my greenhouse, put it in with the help of a friend of mine, dragged it down here to this abandoned building and people just started showing up,” Leyva said.

Leyva relaxed in a camping chair at the old Art Deco gas station and patiently answered the same questions again and again. He estimated that by 4 p.m., at least 1,200 residents had visited the flower.

“Everyone is commenting to me that the last time they’ve seen this was in San Francisco, and there was a barrier, and they had to wait for hours, and they weren’t allowed to get near it,” Leyva said. “I think everyone’s tripping out that they can walk up and wiggle it and smell it.”

Himanshu and Sayali Jain brought their 3-year-old son after following the flower on social media.

“I just wanted to thank him, because I thought we’d never get to see it,” Sayali Jain said. 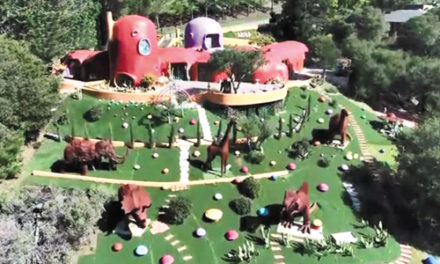 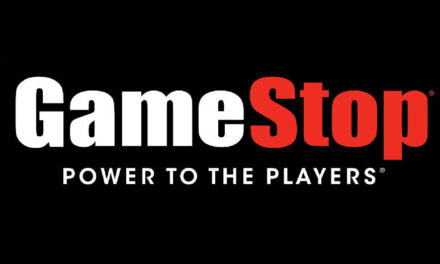