Muskegon, MI (AP) – A continuous chorus of howling echoes through the trees as dozens of wolf dogs sing to each other and passersby, hoping for attention and a piece of meat.

The animals live at Howling Timbers, an animal rescue and sanctuary, located 10 miles east of Muskegon.

Among the more than 100 animals at the sanctuary are 52 wolf dogs of varying amounts of wolf content, MLive.com reported.

Most live in large pens on the wooded property in Muskegon County’s Egelston Township. A select few are allowed to live inside the home of Brenda and Jim Pearson, who founded Howling Timbers in 2010.

Howling Timbers provides lifelong sanctuary primarily to wolves and wolf dogs, as well as farm animals and exotics, where they prioritize not only their animals’ physical needs but also their emotional ones.

If you were to tell Brenda Pearson 20 years ago that she would rescue and rehabilitate hundreds of animals over the course of her life, she would have laughed in disbelief. Back in the day, Brenda had strong opinions about keeping her house meticulously clean, and her one Scottish Terrier was enough responsibility.

Yet, because of her husband’s love for animals, particularly wolves, she had a change of heart.

Now she spends her days caring for wolf dogs and dozens of other animals, including, birds, chinchillas and reptiles.

Howling Timbers grew out of the Pearsons’ West Michigan SPCA that was founded in 2000 as a cat shelter and spay and neuter clinic.

“Over time, we shifted our focus from the cats back to the animals that people don’t focus on,’’ Brenda said.

Over the next several years, they expanded their operation to wildlife rehabilitation, rescuing farm and exotic animals and striving to educate the public on the proper care and humane treatment of all animal species through guided tours on the property and outreach programs.

Although the Pearsons are open to helping any animal in need, Howling Timbers’ primary focus has always been taking care of wolves and wolf dogs.

“Some have a pinch of wolf but are mostly dog, and some are just the opposite,’’ Brenda explained.

The wolf dogs differ by size, color and personality, but each has a name and is loved and cared for equally. While a majority of the wolf dogs share outdoor enclosures with a partner, three – Denali, Athena and Lakota – live alongside the Pearson’s domesticated dog Lexi in their home.

In 2000, it became illegal in Michigan to own wolves and wolf dogs due to public safety reasons, explained Brenda, but the law differs slightly by state.

The Pearsons work closely with the Michigan Department of Agriculture and receive most of their wolf dogs from various shelters or humane societies. Additionally, they accept animals who have been surrendered by their owners.

Brenda Pearson has traveled all over the United States to rescue wolf dogs, as far west as Washington and as far south as Florida.

Toomax, one of Howling Timbers’ oldest and gentlest wolf dogs, originally lived in by a wolf sanctuary in Massachusetts. But after the sanctuary came under new management, he was placed in an animal shelter in Pennsylvania for a year before Howling Timbers stepped in and gave him a forever home.

Toomax, with his calm demeanor and sweet eyes, is a favorite among visitors and volunteers.

Howling Timbers does not breed its wolf dogs. Each wolf dog is spayed or neutered upon being brought to the property. Instead, the Pearson’s focus on rescuing animals that need their help.

Most of Brenda’s day consists of cleaning cages and enclosures, feeding, regularly checking up on the animals and giving them attention and treats, scheduling tours and completing any extra cleaning and organizing as needed.

It’s 10 p.m. before all the day’s work is done and it’s time to sit down and eat dinner.

As a nonprofit organization, Howling Timbers depends on donations and the help of volunteers.

Twenty-five people regularly help at the sanctuary, some more often than others.

Howling Timbers accepts volunteers of any age who are dependable, able to take directions and are “willing to love and take care of animals,’’ Pearson said.

The wolf dogs’ diet consists of regular dog food and fresh meat by donated by local butchers and hunters.

In the near future, Brenda hopes Howling Timbers will be able to expand its educational outreach programs to local schools and homeschool groups and continue to grow so that it can provide more wolf dogs with permanent sanctuary.

“The joy that I get from doing the work that I do every day is the pleasure of working with the animals,’’ Brenda said. “They bring laughter, joy, a lot of work, but also a good feeling in the heart to know that an animal is able to continue to live because we’ve been able to provide a home for them.’’ 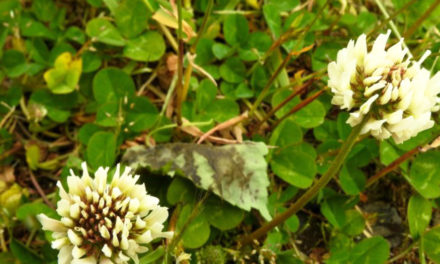