The NBA draft was good to the Charlotte Hornets last week. What seemed like a pipe dream just a few months ago became a reality as SEC Freshman of the Year and highest scoring freshman in Kentucky history fell to the Hornets in the first round.

While Monk is the big name, don’t overlook Dwayne Bacon the second round pick. He could end up being a real contributor for the team. He will likely need some time to develop but it will be interesting to see how he plays during the summer league, training camp and preseason. Malik should get ample minutes his rookie year but don’t be surprised if Bacon breaks into the rotation this season as well.

The other big news last week is that Charlotte traded for Dwight Howard. The transaction was one of the biggest trades in team history. The addition of Howard, Monk, and Bacon puts the Hornets in prime position to return to the playoffs while challenging for a top-five seed. After finishing 11th in their conference last year, that would be a huge improvement.

Both the offense and the defense will benefit from the roster additions last week. Monk is a scorer and Howard is an eight-time all-star who is a walking double-double and he could easily have a bounce back season for Charlotte.

I updated you last week on the struggles of Tim Tebow in minor league baseball. Another update for you.

Tebow was promoted a level after I wrote my piece on him. His productivity did not warrant a promotion which means the New York Mets are using him to make money for their minor league affiliates.

The former college football star is hitting .222 with three home runs, 23 RBIs and 69 strikeouts in 64 games. He’s also made seven errors in 62 games. He’s 29 years old with no shot of ever being a legitimate Major League Baseball player.

This didn’t stop the Mets from promoting Tebow to Class A, St. Luice in their minor league system. Follow the money.

It may be time for comparisons between Jordan Spieth and Tiger Woods. Spieth holed out from the bunker on the first playoff hole to beat Daniel Berger and win the Travelers Championship on Sunday. The title was his 10th career PGA Tour victory.

In the modern era, only Tiger has won at least 10 times before turning 24. Spieth turns 24 next month. Spieth is currently a media darling but I still do not hear talk comparing him with Woods. 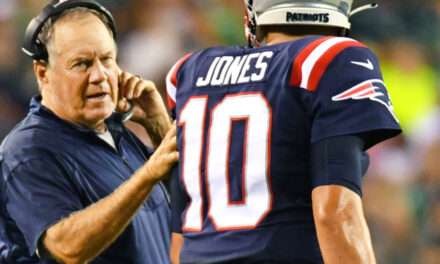