William Jackson Harper and Aya Cash in We Broke Up

We Broke Up (2021) A recently split couple decides to pretend to still be together until after the wedding of the woman’s sister in this rom com from director Jeff Rosenberg.

The Furies (1950) Walter Huston (in his final film) feuds with his daughter (Barbara Stanwyck) over her choice of a husband and her land ownership in 1870s New Mexico. Anthony Mann directs. Extras include a commentary, interviews, still gallery and trailer.

Doctor X (1932) A scientist is tasked with solving a mysterious murder by attempting to recreate the circumstances under which it occurred in this three strip Technicolor thriller starring Lionel Atwill and Fay Wray. Extras include the separately filmed black and white version of the film, featurette, restoration comparison, commentaries and trailer.

Greed Dolphin Street (1947) Two sisters with distinctively different personalities clash when a man comes between them in this special effects Oscar winner. Lana Turner, Donna Reed and Richard Hart star. Extras include and audio broadcast and the film’s trailer.

Run For Your Life (1985) Two friends find themselves in hot water after stumbling upon a drug ring in this thriller from South Africa. No Extras.

Faceless Man (1985) An unsuspecting man finds his life upended when he stumbles into an assassination plot. No Extras.

White Shadow (2013) An Albino boy is on the run from an organization wishing to harvest and sell his body parts in this foreign thriller. Extras include a trailer.

Ambushed (1988) A game ranger and an assistant make a plan to rescue the ranger’s wife from army deserters in this action film from South Africa. No Extras. 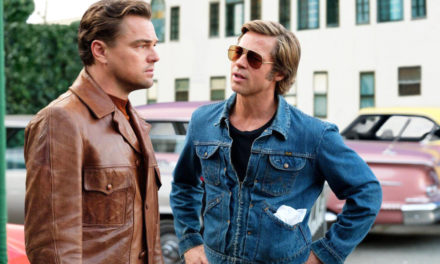