The Glorias (2019) The story of feminist icon, Gloria Steinem, as portrayed by both Alicia Vikander and Julianne Moore and directed by Julie Taymor.

Totally Under Control (2020) The US government’s health response to COVID 19, or lack thereof, depending on one’s viewpoint, is the focus of what is surely the first of many documentaries on the subject from director Alex Gibney.

Time (2020) A woman’s twenty year quest to get parole for her husband is the focus of this documentary from director Garrett Bradley.

Terror in the Aisles (1984) Nancy Allen and Donald Pleasance host this compendium of clips from classic horror films. Extras include the alternate television cut and commentary.

The Friday The 13th Collection (1980-2009) This 16 disc deluxe box set is the definitive word on the horror film series and all of the films and their sequels. Jam packed with extras including deleted scenes, commentaries and interviews.

Motel Hell (1980) Farmer Vincent (Rory Calhoun) has a curious source of origin for his popular cuts of meat, which most horror fans can surely guess. Nancy Parsons (Porkys) co-stars in this cult horror item making its Blu-Ray debut sporting a new transfer and featuring new extras. 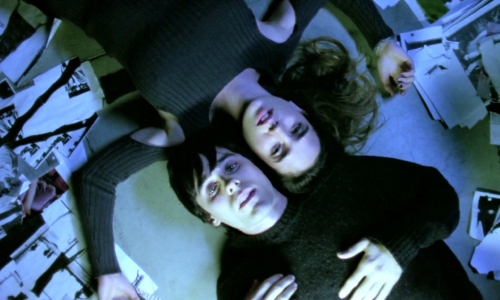 Jennifer Connelly and Jeremy Leto
in Requiem For A Dream

Warning From Space (1956) Strange creatures from space, sporting one eye and shaped like a star, arrive to save earth from a cataclysmic collision. Extras include trailer, image galleries and new commentary.

Sergeant York (1941) The true story of Alvin York, a WWI soldier whose religious beliefs forbade him from killing, is the subject of this much loved Oscar winner (Gary Cooper took home the Best Actor statue). Extras include commentary, making of doc, classic cartoon and vintage short.

Reversal of Fortune (1990) is the Oscar winning dramatization of the plight of Claus Von Bulow, who was accused of deliberately putting his heiress wife, Sonny, into a coma in order to gain access to her wealth. Jeremy Irons won the Oscar but Ron Silver is equally good as attorney Alan Dershowitz. No extras.

Requiem For A Dream (2000) Ellen Burstyn scored an Oscar nod for her work in this tale of a drug addict (Jeremy Leto) and his equally addicted mom. Jennifer Connelly and Marlon Wayans also star in this incredible and haunting film from director Darren Aronofsky. This new 4K release features an upgraded transfer, some new extras and all of the vintage extras from previous releases. 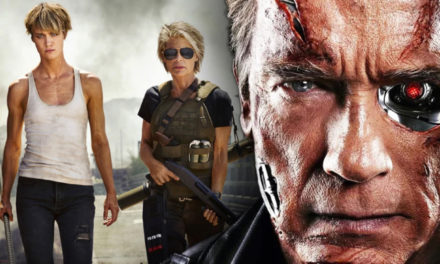