Hickory – The celebration of Hickory Museum of Art’s milestone 75th birthday will center on the first-of-its-kind blockbuster exhibit A Grand Vision: Elliott Daingerfield Paints Grandfather Mountain and the Grand Canyon. Organized by the Museum’s team in collaboration with the artist’s grandson, Joe Daingerfield Dulaney, the exhibition evokes the days of the Museum’s founding and spotlights the creative processes of the acclaimed National Academician Elliott Daingerfield, even while it anchors in the present with a series of related events and activities.

Elliott Daingerfield was born in Harper’s Ferry VA (now WVA). In 1886, then 25 years old and already an established New York City painter, Daingerfield traveled to Blowing Rock with his wife to recuperate from diphtheria. It was the beginning of his long devotion to Blowing Rock where he maintained summer homes with his family for the rest of his life. Simultaneously, he continued his successful artistic career in New York City and, after 1910, in the Southwest and in California. In particular, Grandfather Mountain and the Grand Canyon would emerge as recurring subjects that brought both inspiration and fame throughout Daingerfield’s artistic career.

He is considered one of North Carolina’s most prolific artists. Hickory Museum of Art’s exhibit will be the first to bring together Daingerfield’s magnificent portrayals of these two geographical monuments.

A Grand Vision will include masterworks on loan from the Morris Museum of Art in Augusta, GA, The Johnson Collection in Spartanburg, SC, Blowing Rock Art and History Museum, as well as many more works and artifacts from private collect ions and the artist’s family. All were chosen to create a first-of-its kind story about Daingerfield’s creative process, life, and relationship to the two beloved landmarks. HMA Executive Director Jon Carfagno described the exhibition, “Designed to engage audiences of all ages, the show will feature breathtaking and art historically significant masterworks, as well as many features that are perfect for children. From a working model train that follows the route Elliott Daingerfield took from Chicago’s Dearborn Station to the south Rim of the Grand Canyon, to a special galley guide brochure filled with activities for kids, the galleries will be filled with opportunities to learn about creativity through a great story.”

Also in the exhibit will be works from Hickory Museum of Art’s own permanent collection, some of which have not been on exhibit for going on twenty years. These works have been chosen to celebrate this community’s commitment to building a world class museum ever since the Museum’s founding 75 years ago.

A series of events will surround and enhance the exhibit, beginning with a Members-Only Sneak Peek on Friday, December 7, with tours at 4 & 5pm. The Museum will be closed Thursday and Friday December 6 & 7 as the finishing touches are put on A Grand Vision. Members will have the first view of the exhibit on Friday afternoon, before it officially opens to the public on Saturday. Jon Carfagno, Executive Director, Clarissa Starnes, Associate Director, and Kristina Anthony, Exhibitions Manager, will lead a tour through the galleries offering inside information on the making of the show.

The opening weekend of A Grand Vision continues with An Evening With Joseph Daingerfield Dulaney (Elliott’s grandson) on Sunday, December 9, 6-9pm. ($15 Members; $30 Non-Members Tickets available at HickoryArt.org) The Museum opens at 6pm for a reception and exhibit viewing. At 7pm in the Drendel Auditorium, Joe Dulaney’s easygoing Southern charm will captivate with his tales of growing up as a Daingerfield.

First, join Jon Carfagno, HMA Executive Director, in the galleries for a tour of A Grand Vision. Then at 7pm, walk down the hall to the Drendel Auditorium for a screening of Back to School starring Rodney Dangerfield.

Director’s Circle Event Saturday, March 9, 10am – Noon HMA’s Director’s Circle Members ($1,000 and up) will be invited to a special Daingerfield program and brunch. (Invitations will be mailed.)

Who Cares Series: Elliott Daingerfield, Tuesday, March 26, 10:30am (Free for HMA Members, $5 Non-Members) HMA’s March Who Cares series highlights why anyone should care about the life and work of Elliott Daingerfield. This event is taking place on what would have been Daingerfield’s 160th birthday, so there will of course be cake.

Hickory Museum of Art was founded by Paul Whitener in 1944 to collect, foster, and preserve American art. Faced with the challenge of bringing art to Hickory, Paul connected with artists in their various forms. Eight works were collected that year. Today, almost 75 years later, the museum has evolved into an arts center featuring an extensive permanent collection of art objects across all mediums as well as a variety of education classes and events for all ages. Hickory Museum of Art, 243 3rd Avenue NE, Hickory. Visit HickoryArt.org or call 828-327-8576. 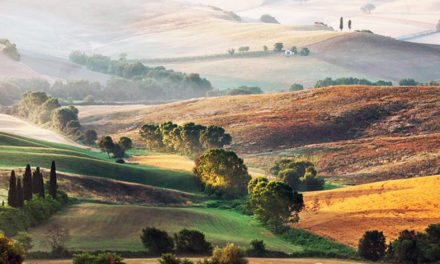 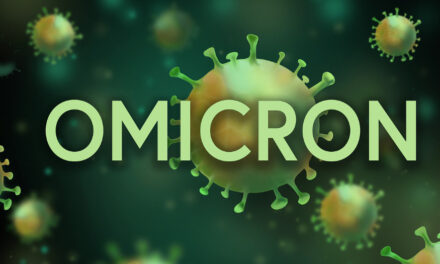