Hickory – During the weekend of September 28th-30th, filmmakers from around the world will be traveling to Hickory, North Carolina, to show their films at the 4th annual Footcandle Film Festival.

The 2018 Footcandle Film Festival will be held at the Drendel Auditorium on the SALT Block, with films being shown between Friday, September 28th and Sunday, September 30th.

This year’s festival will bring thirty-seven films to the Catawba County area, including short films, documentaries, and dramatic feature films. The festival opens with a Friday night “Short Films” event and reception and closes with a dinner and awards ceremony Sunday evening at Moretz Mills.

Several of the films will be represented by their directors who will be attending the festival to discuss their films and meet festival attendees. A complete list of the films, their descriptions and trailers can be found on the festival web site (www.footcandlefilmfestival.com).

All of the films playing at this year’s festival are reviewed by a panel of judges and are eligible for one of six awards to be presented at the end of the weekend.Last year, the winning films were a documentary about a program that teaches a select group of inmates to train puppies to become service dogs for disabled veterans (Prison Dogs), films from both Germany and the Netherlands (Girl-Hearted and As If I’m Crazy), and a film following the talented and driven students of Charlotte’s Northwest School of the Arts (Purple Dreams). The winners of this year’s six awards will be announced at the Sunday night Closing Ceremony and Dinner.

In addition to screening films and presenting awards to filmmakers during the festival weekend, the Footcandle Film Society will be awarding grants to two North Carolina-based film projects as part of the newly established Footcandle Filmmaker Grant Fund.  This is the first year of the grant program that uses ticket proceeds from the previous year’s film festival to provide funds to filmmakers that are working on or finishing exciting upcoming projects.  The first recipients of these grants will be recognized during the Sunday night Closing Ceremony and Dinner.

The Festival is open to the public, and tickets can be purchased online by visiting www.footcandlefilmfestival.com and clicking the link on the home page to “Buy Tickets.” Tickets can be purchased with credit or debit cards; taxes and credit card charges will apply. Tickets will remain on sale through the festival weekend for any events that are not sold out. Attendees also have the option of purchasing a Weekend Pass that provides tickets to all of the film screenings throughout the weekend and the Friday Night Opening Short Films event at a discounted price.

The Closing Awards Ceremony and Dinner is a separate ticket and not included in the Weekend Pass. The Footcandle Film Society has been screening and facilitating discussions on films in Western North Carolina since its inception in 2008. Through monthly film screenings, discussions, partnerships with various international and educational organizations, the film society has built a community of over 600 members that support film efforts in our region. 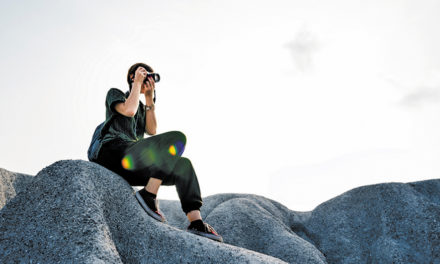 FCA Is Calling On Artists For Upcoming Photography Exhibit