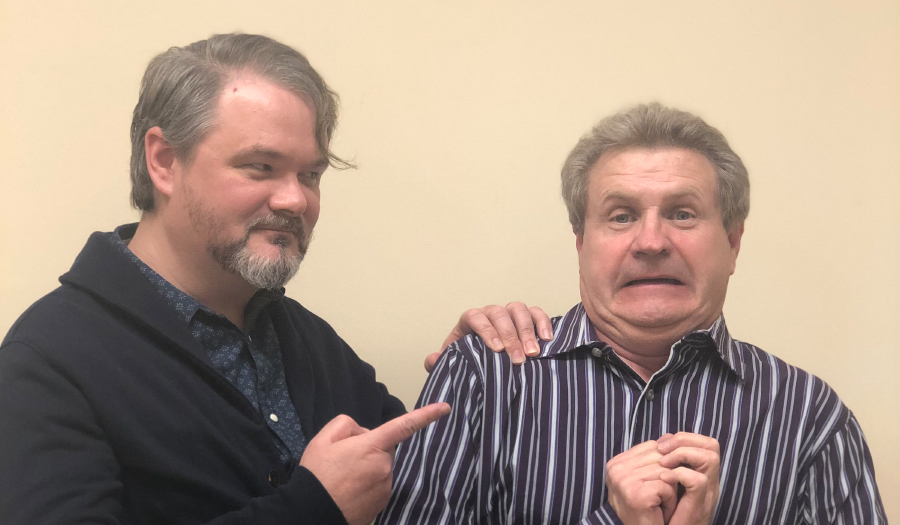 Hickory – Returning to Hickory Community Theatre are two actors familiar to anyone who frequents the local theatre: Christopher Honsaker and Mark Woodard. Shakespeare in Love opens Mar 6 and runs through Mar 22 in the Jeffers Theatre.

In this romantic comedy, the setting is historical but the language and humor are modern. Young Will Shakespeare is a playwright for Philip Henslowe, the owner of The Rose Theatre, and sometimes participates as an actor for the Lord Chamberlain’s Men. Henslowe owes a significant debt to Fennyman, a money lender, and pressures Will to write his next play for the Rose to pay back Fennyman.

Honsaker lived in New York City for 24 years before moving back to the Hickory area to be closer to his family. He has won 3 Kay Awards for Best Actor, and you may remember him from shows such as The Odd Couple where he played Oscar Madison or The Music Man where he was Harold Hill. When asked what his favorite thing about Hickory Community Theatre is, Honsaker said, “The immense talent of everyone involved here. It always inspires me to be at my best.” Honsaker also has, while in an acting class in NYC, performed a love scene with Elisabeth Shue.

Woodard, an actor/director in the area, has been in the Hickory area for 45 years. Some may also know his spouse, Beth, who teaches at South Caldwell. Most recently, he has been in The Curious Incident of the Dog in the Night-Time and Hamlet at Hickory Community Theatre. Woodard also has been involved in with NC Shakes, having played Fred in A Christmas Carol and Flute in A Midsummer Night’s Dream. When asked what he loves about Hickory Community Theatre, Woodard said, “They will do shows that no one else will touch.” Woodard is also serving as fight director for Shakespeare in Love.

Tickets for Fridays, Saturdays and Sundays are $20 for adults, $18 for seniors and $10 for students and youth 18 & under. Thursday night tickets are $16 for all adults and $10 for students. Call the box office at 828-328-2283 or visit hickorytheatre.org to purchase tickets or get more information.

Shakespeare in Love is produced by Commscope, Shurtape and The Friends of the Theatre. The Hickory Community Theatre is a funded affiliate of the United Arts Council of Catawba County. A Cleaner World, Paramount Automotive, the City of Hickory and Sunbelt Xpress are the sponsors of the 2019-2020 Season.

PHOTO: Mark Woodard (left) and Chris Honsaker play Fennyman and Henslowe in the upcoming production of Shakespeare in Love. Photo by Lauren Albers. 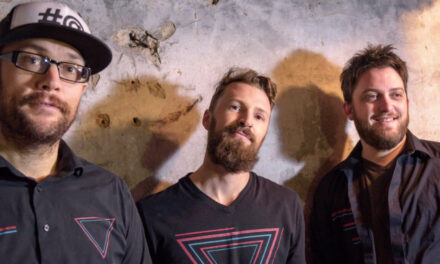 Haunted Tales Of NC For Adults At Beaver Library, October 30