Hickory – The Hickory Choral Society presents its annual Christmas Concerts at Corinth Reformed Church, 150 16th Avenue Northwest in Hickory, NC on December 6, 7 and 8, 2019. Friday and Saturday evening concerts begin at 8:00 PM. The Saturday and Sunday afternoon concerts begin at 3:00 PM. An interactive “Cookies and Carols” Children’s Concert will be performed at 11 AM Saturday morning. All concerts are free and open to the public. For membership and other information visit www.hickorychoralsociety.org or call the Hickory Choral Society office at 828-322-2210.

This year marks the 42nd anniversary of the Hickory Choral Society. This year, as in past Hickory Choral Society Christmas Concerts, a variety of musical selections will be performed to usher in the upcoming holiday season. The standard opening and closing of the concert program remains the same. The choir opens with the dramatic processional PERSONENT HODIE, arranged by UNC’s late Dr. Lara Hoggard. The concert concludes with the audience favorite O COME, ALL YE FAITHFUL. The remainder of the program includes a variety of both old and new music reflective of this special time of the year, including traditional works as well as new and exciting arrangements for the holiday season.

Since the spring of 1978, the Hickory Choral Society continues to delight audiences with excellent choral music literature. The Hickory Choral Society provides this region with a series of exciting and well-attended concerts. The all-volunteer group, made up of 110 singers from Catawba and surrounding counties, is well known throughout North Carolina for its annual Christmas Concerts. The group has also been noted for numerous concerts with the North Carolina Symphony, a concert at Lincoln Center in New York, and a trip that included concerts in Portsmouth and London, England and Edinburgh, Scotland. The 2003 Christmas Concert was broadcast live statewide over UNC-TV and has continued to be rebroadcast on several occasions. In May 2010 the Hickory Choral Society was honored to be part of the Piccolo Spoleto Festival in Charleston, SC. In January 2013 they were pleased to be included in the Carnegie Hall, NYC performance of A GREAT AND GLORIOUS VICTORY by British composer/conductor Jonathon Willcocks. They returned to Carnegie Hall in January 2014 for the world premiere of a work commissioned in honor of their 35th Anniversary, REQUIEM FOR THE LIVING by Dan Forrest – a noted composer, pianist, and music editor. In April 2019 they completed a European concert tour performing in Salzburg and Vienna, Austria and Prague, Czech Republic. The Hickory Choral Society Founding Conductor, J. Don Coleman will retire after these Christmas Concerts. 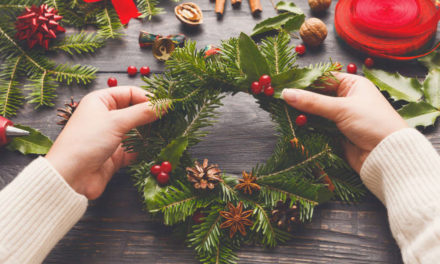