Hickory – Celebrate spring on Friday, April 12, 2019 for the first in this year’s series of Hickory Arts house concerts featuring Stone’s Throw – A Classically Celtic Trio. Tickets are $20 and can be purchased online at hickoryarts.com. Only 30 seats available. Tickets will not be sold at the door. Doors open at 7:30 pm for an “eat & greet” with the artists. Performance begins at 8 pm.

Stone’s Throw performs original arrangements of Celtic music and other selections. Musicians are Diana Stone, violin/viola; Margaret Walters, flute; and Martha Hill, Celtic harp. In autumn, 2015, the Celtic Trio formed around a love of and desire to play Celtic Music with friends and fellow musicians. Since that time, the trio has become well-known regionally, and regularly performs at receptions, weddings, church services, concerts, special programs, and Celtic events such as Highland games.

The musicians that make up Stone’s Throw are Diana Stone – violin, Margaret Walters – flute, and Martha hill – Celtic harp. All three are classically trained and hold degrees in music. However, they love exploring the Irish and Scottish music of their heritage. They also play selections from other Celtic regions – Cape Breton, Wales, and the Isle of Man. For the past two years, Stone’s Throw has presented a holiday program in Marion, North Carolina, blending traditional and Celtic Christmas music in celebration of “Old Christmas”, a lost Appalachian tradition that came to the mountains with the Scottish and Irish settlers.

Stone’s Throw has attended the Kruger Brothers Music Academy, and has worked with the Kontras Quartet. They have received one-on-one ensemble coaching with Francois Henkins, violinist, of Kontras Quartet. In addition, they have received private coaching from national Scottish harping champion, Sue Richards. Stone’s Throw members also study individually with renowned teachers in violin, flute, and harp. In July, 2018, Stone’s Throw won first place for the “Harp in Ensemble” competition at the Grandfather Mountain Highland Games, the largest Scottish Highland Games on the East Coast.

In fall, 2018, Stone’s Throw released a Christmas CD, Nollaig Chridheil, which means “Merry Christmas” in Scots Gaelic. Composer/arranger, Daniel Burton, said of the CD, “I enjoyed hearing your group’s artistry…and I admire you for your skills and musicianship.” California harpist and arranger, Verlene Schermer said, “Your trio did a wonderful job on all the tracks! I especially enjoyed hearing the ones based on my arrangements. You give them wings!” Plans are underway for another all-Celtic CD release in fall, 2019.

Hickory Arts House Concerts are very intimate. Volunteers to “pot luck” for the performer(s) and guests is strongly encouraged. All proceeds always go directly to the artist(s). No membership or personal invitation required.

Hickory Arts is the “un-studio”—a simple, custom, non-event-driven teaching & production studio dedicated to coaching and empowering performance artists. The studio is located at 720 Second Avenue SW, Hickory 28602 behind ITP and across from Hickory Optimist Park (where you’ll also find additional parking). For more information about tickets and Hickory Arts, please explore the website or call 828-270-9801. 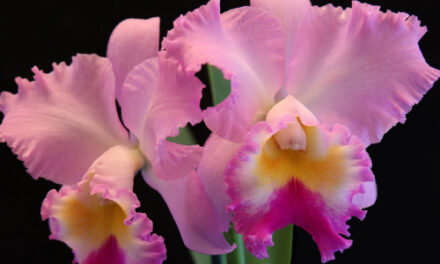 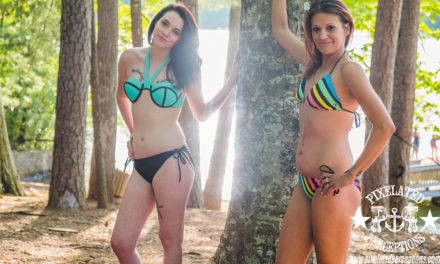 FOCUS Seeks Models For Its May 23 Swimsuit & Summer Guide Issue! Enter By April 12!