The similarities to the Coen Brothers’ 2007 Oscar winner for Best Picture, No Country for Old Men, are evident right from the start in director David Mackenzie’s bank heist thriller, Hell or High Water. For starters there’s the rural Texas backdrop in which the film is set, which catches the attention of the viewer right from the word go. More obvious, however, is the grizzled lawman played by Jeff Bridges who’s attempting to close the books on one last confounding case before setting off into the sunset and into his retirement and whose character clearly echoes the one played by Tommy Lee Jones in that aforementioned film. There are other parallels that one might find but I suppose you get the point.

On its own merits Hell or High Water is pretty good entertainment and it does offer a little more to chew on than just what’s on the surface and that’s certainly refreshing. The film has been garnering lots of praise and attention since its release a few weeks ago but I think that’s mostly just because movie attendees are so starved for something with the earmarks of quality attached to it that anything made with any sort of skill is bound to make people sit up and take notice. Hell or High Water is a skillfully made film to be sure but I’m just not sure that it’s the kind of thing that’s going to be remembered come awards season in a few months. It’s good enough while one is digesting its story of bank robbers and lawmen but I’m not sure it has what is referred to as staying power. Only time will tell.

Chris Pine, currently being seen as Captain Kirk in the latest installment of the rebooted Star Trek franchise, stars here as Tobey, half of a bank robbing duo. The other half is represented by Tobey’s brother, Tanner, played by Ben Foster. Foster and Pine have good chemistry as the brothers on a crime spree and I somewhat sympathized with their plight. They aren’t just robbing banks because they’re bored. They’re robbing banks because they are trying to hold on to family property on which the bank has claims. Bridges is the Texas Ranger hell bent on bringing them to justice at whatever the cost.

The film scores with its well defined characters and even though character fates can easily be predetermined if one pays attention closely enough early on, Hell or High Water offers enough rewards to certainly recommend it. It’s a nice oasis in a summer of too much sameness. 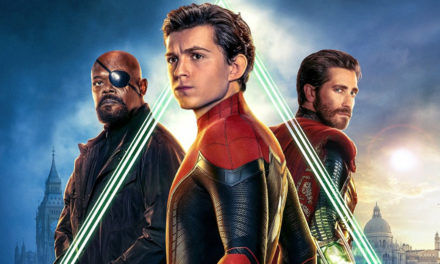