When asking my cohorts if they had any tales of terror to fill this week’s column, the following was submitted, with a serious look, via stumpy yellow paws. Presented in the form of a well-worn, typewritten, English lit creative writing assignment, dated October 12, 1976. It is a first person account titled “John Q. & Cathy”, authored by Emily Watson (having received a now faded B+) which has been edited and abridged here for time and space.

It was at a church bazaar, in the spring of 1965, when my six-year-old eyes fell upon on a smiling yellow face. Pulling its owner from a hodge-podge pile of garage sale goods to find a small stuffed yellow bear attached. Obviously handmade, and though the woman running the table didn’t recall having it in her wares, she let it go for a nickel. On the ride home I decided his name should be John… because that’s what he said it was.

That year John and I had grand adventures, much akin to those of Christopher and Winnie, though our hundred-acre wood was only a half-acre and a willow tree. Days spent playing beneath the willow, nights reading by flashlight in makeshift bed-forts. Our exciting exploits the subject of many a show-and-tell at my grade school. We were the best of friends… until that Christmas.

Under the tree, wrapping torn asunder from my grandparent’s gift, revealed a Chatty Cathy Doll. Instantly enamored, I was fascinated by the pull-string technology and access to 18 different phrases. John was not impressed.

Though I tried to incorporate Cathy into our play, John would refuse if she were present. If Cathy came to bed, John would sit rigidly atop the dresser. He didn’t trust her, said as much. I thought him jealous at the time… I know better now.

February came and things got strange. Heat shutting off on the coldest nights, electrical appliances malfunctioning. Our house became a regular stop for the television repairman. At night, waking to find myself alone in bed as something skittered about the room. As the malicious nighttime activity increased, Cathy began chatting more. 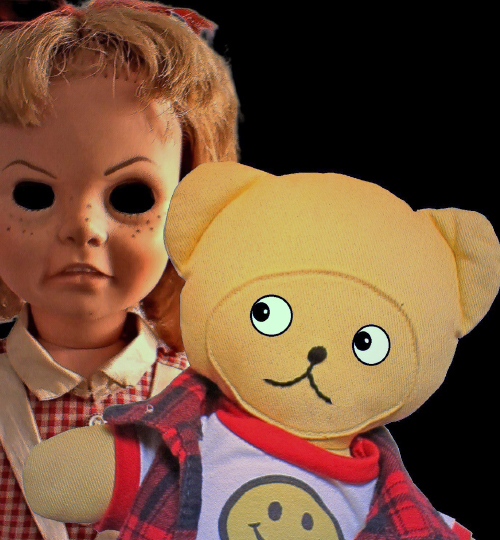 One morning, after my parents found the kitchen destroyed and the toilet clogged with toilet paper, I was questioned. My finger pointed to Cathy. I was scolded for lying, punished by spanking and sent to my room. Cathy chatted out a new phrase that day: “You’ll pay for trying to rat me out you stupid little b****!”

In trying to tell my mother I was again scolded for lying and now swearing. Something had to be done about Cathy. At least I wouldn’t have to do it alone.

John helped dig the hole beneath the willow. There was relief as we shoveled dirt over her glaring eyes. In the absence of adults, Cathy cursed promises of revenge from beyond the grave… I wonder how she knew.

Sleep would not find me that night. Even with John standing sentry by the door I was terrified. My eyes were darting between my room’s two windows… when the closet door creaked open. Mud streaked her face and torn dress. Insects writhed through her faux blonde hair. There was nothing to chat about… Cathy simply came for me.

John interjected and was tackled to the floor. Cathy ripped into his soft body, ripping out several doll-sized handfuls of stuffing. John lay very still.

Cathy rose. “E-M-I-L-Y little girl’s going to die!” she chatted, climbing onto the bed. Warm water escaped as she reached for me; when suddenly the room was awash with light.

A large hand closed around Cathy, with no chance to chatter, as she was flung across the room, shattering against the wall. Blinking up at my father’s concerned face, then to my mother, who came forward cradling John in her arms. “You were right John… you should always tell an adult when there’s an evil dolly,” she said, placing him in my arms. Then to me, “and us adults will try to listen better.”

Closing the story I looked to my stuffed yellow sidekick. “So you took out an evil doll by telling an adult? That was very mature and responsible of you.” He smiled, “Not exactwy. But the P of G vewrsion is more better for here.”

Tune in next week as Hell-o-ween concludes. I welcome almost all questions and comments via FOCUS, or E-mail me at wanderingchainsaw@gmail.com. 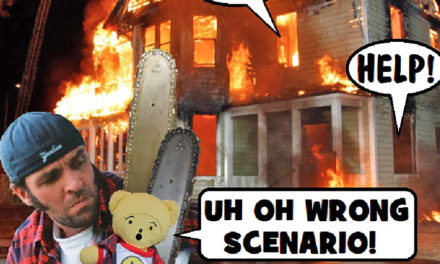 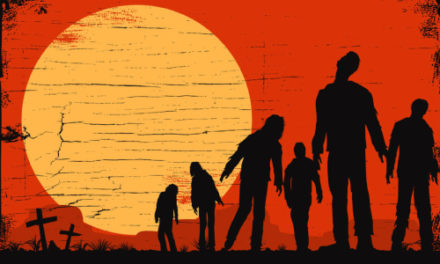 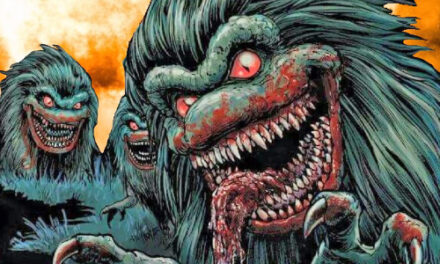