Hickory – Guest director Tiffany Christian has just announced her casting choices for the Hickory Community Theatre’s upcoming production of the powerful new play I and You. Performances will begin on January 11, 2019 in the Firemen’s Kitchen. The play is a drama with very funny touches of comedy.

One afternoon, Anthony arrives unexpectedly at classmate Caroline’s door bearing a beat-up copy of Walt Whitman’s Leaves of Grass, an urgent assignment from their English teacher. Homebound due to illness, Caroline hasn’t been to school in months, but she is as quick and sardonic as Anthony is athletic, sensitive, and popular.

As these two let down their guards and share their secrets, this seemingly mundane poetry project unlocks a much deeper mystery that has brought them together.

In the Hickory production, Marcus Phillips is Anthony and Cassidy Pruitt plays Caroline. I and You is an ode to youth, life, love, and the strange beauty of human connectedness.

PHOTO: Cassidy Pruitt and Marcus Phillips play two teens in Lauren Gunderson’s new play I and You. Performances begin on January 11 in the Firemen’s Kitchen at the Hickory Community Theatre. Photo by Carol Anne Hartman. 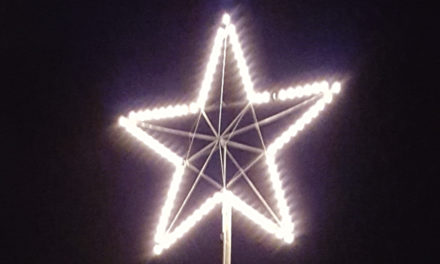