Hickory – The girl-powered comedy The Revolutionists, by Lauren Gunderson, continues performances this weekend in the Firemen’s Kitchen at the Hickory Community Theatre. Performances are Thursday at 7:30pm, Friday & Saturday at 8:00pm and Sunday at 2:30pm. Tickets are available online at hickorytheatre.org or by calling 828-328-2283.

Gunderson sets her play in Paris in 1793 during the Reign of Terror that followed the French Revolution, but she makes it wonderfully clear that this is dress-up. Part of the fun of her script is that the dialogue is hilariously contemporary, and adult. So are the attitudes, hopes and fears of the four women characters, all of whom are based on real women from the period. They are the early feminist political writer and playwright Olympe de Gouges; Charlotte Corday, who assassinated the bloodthirsty journalist Jean-Paul Marat; Marie Antoinette, the doomed former queen; and Marianne Angelle, a composite of the abolitionists who fought successfully to end slavery in the French colonies of the New World.

Call the box office at 828-328-2283 or visit hickorytheatre.org to purchase tickets or get more information. This play is rated R for strong adult language. 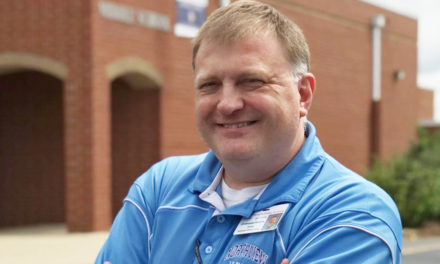